Last week I headed to London Fields, in East London, to join the launch party of the BurgerMonday Championships. Located under a railway arch, we arrived around 7pm at Climpson’s Arch where the opening-night was being held. Hosted by the wonderful Daniel Young of Young and Foodish, BurgerMonday is a pop-up event which appears at various times of the year and in various locations – but always (you got it) on a Monday! The main man himself was accepting tickets at the entrance – it was also very kind of him to thank me for tweeting about the event earlier in the day as well.

To kick things off, I went for a Hook Island Red bottled beer from The Five Points Brewing Co. A full bodied, aromatic Red Rye ale brewed with malted barley – it was pretty tough, if you can describe a beer in that manner, but I enjoyed it. My dining partner went for a blackcurrant daiquiri – how very masculine of him.

Best described as the Wimbledon of burgers, the BurgerMonday Championship is a single-elimination tournament pitting 8 burgers greats against one another in a series of Monday-night match-ups. The opening-round match-ups (Quarter-Finals A, B, C & D) were determined through a random draw at the Prologue Party on April 14th. 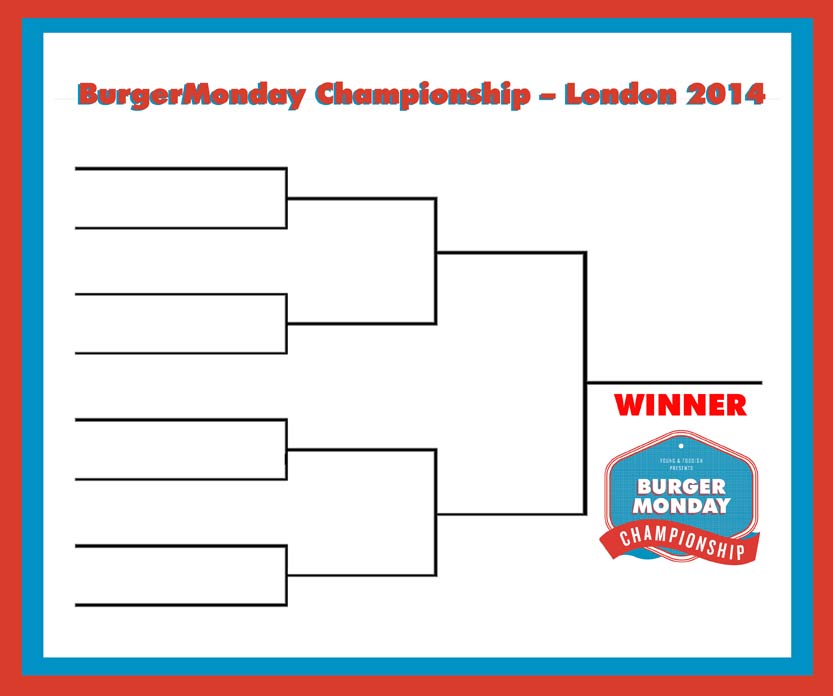 To our delight, Climpson’s chef Tomos Parry was flipping burgers on opening night, topping each with streaky bacon, cheese and Climpson’s coffee BBQ sauce. Each burger was served with a helping of sauteed new potatoes drizzled with american burger sauce and chopped spring onions.

Between the bread lie a layer of pickles, a slice of beef tomato, lettuce, onions, streaky bacon, cheese, a beef patty and a smothering of Climpson’s coffee BBQ sauce. It was gorgeous, making my way half way through it did then resort to forking the content out. Basically there was no graceful way to eat it. The spuds were delicious too, perfectly cooked and the sauce was tip top.

I loved the Climpson’s Arch venue, with bench seating outside and an exposed brick interior which was scattered with fairy lights, it definitely had that East London feel to it. 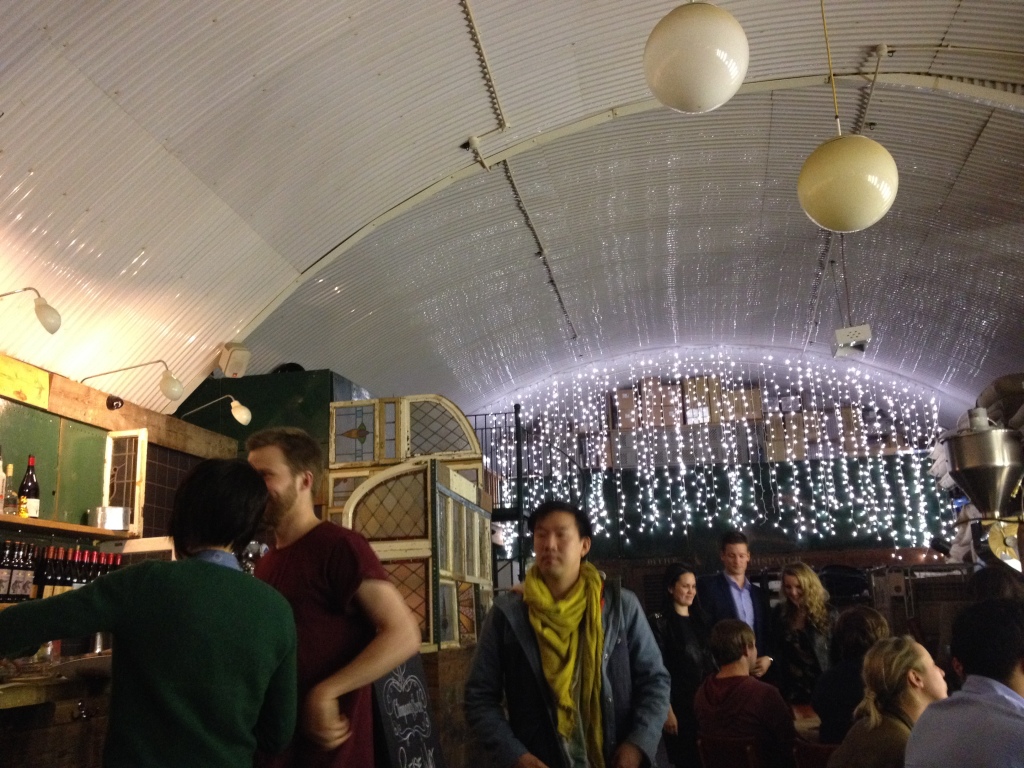 The draw took place at 8.30pm and determined the fate of Burger greats, Almost Famous, Bleecker St, Burger Bear, Disco Bistro, Dip & Flip, Elliot’s, Hawskmoor and Honest Burgers. Names were picked at random by the restaurant owners and punters, with the line-up finally confirmed as; 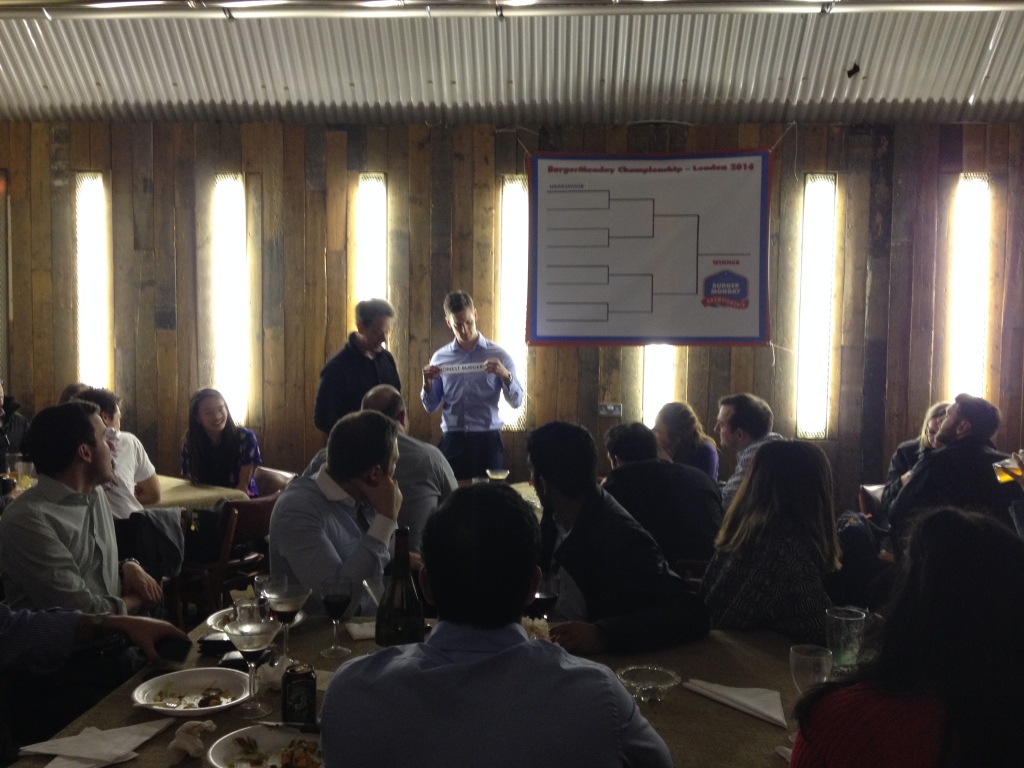 The #WimbledonOfBurgers begins with the quarter-finals and 4 unmissable clashes at Climpson’s Arch in East London. For tickets to your dream match ups’ follow the links below, but be quick – they’ll soon all be snapped up!

Book Now for May 2nd Quarter-Final: Hawksmoor vs Honest Burgers 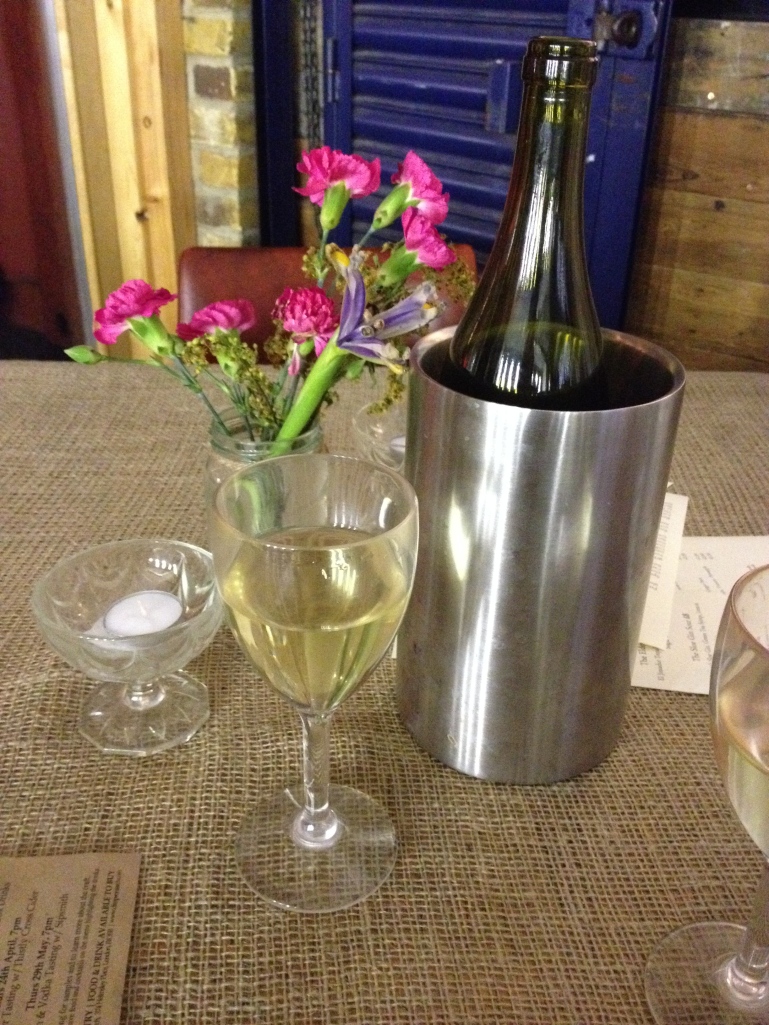