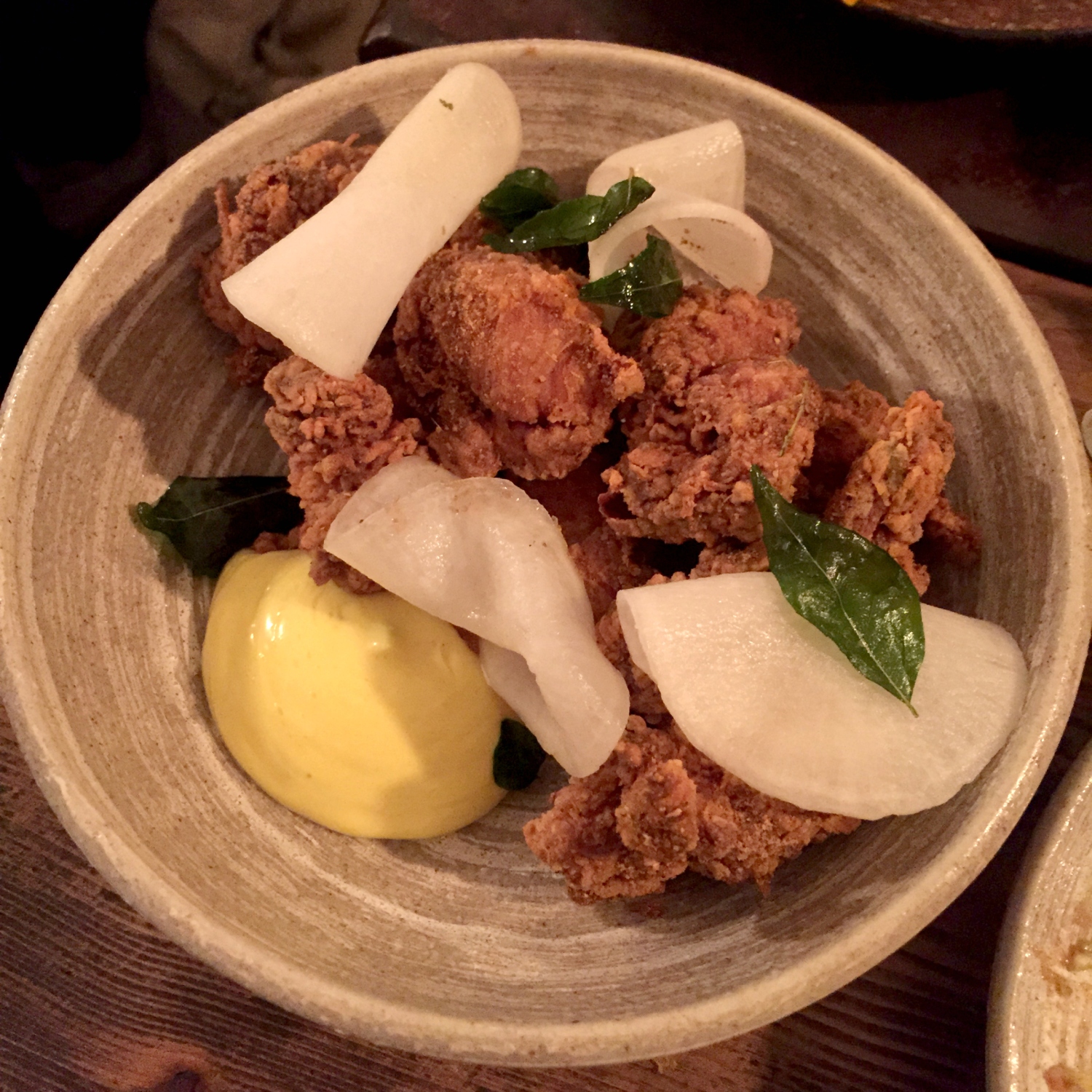 Kricket lives inside a shipping container which makes up part of Pop Brixton, a community of bars, restaurants and retail units found on Brixton Station Road. Serving Indian small plates and cocktails, it’s tricky to get a table so head down early in the week as they don’t take reservations. The menu is short offering dishes from £4 – £10 in price. Be warned you will want to try everything on the list so arrive hungry and with an open mind as some of the ingredients listed will be new to most.

We started things off with the best dish on the menu, the Bhel Puri which is a popular mumbai street food made from puffed rice, vegetables and a tangy tamarind sauce. Kricket added raw mango and sev, which is an Indian snack food consisting of small pieces of crunchy noodles. Topped with yoghurt the dish was full of the most amazing textures and flavours. 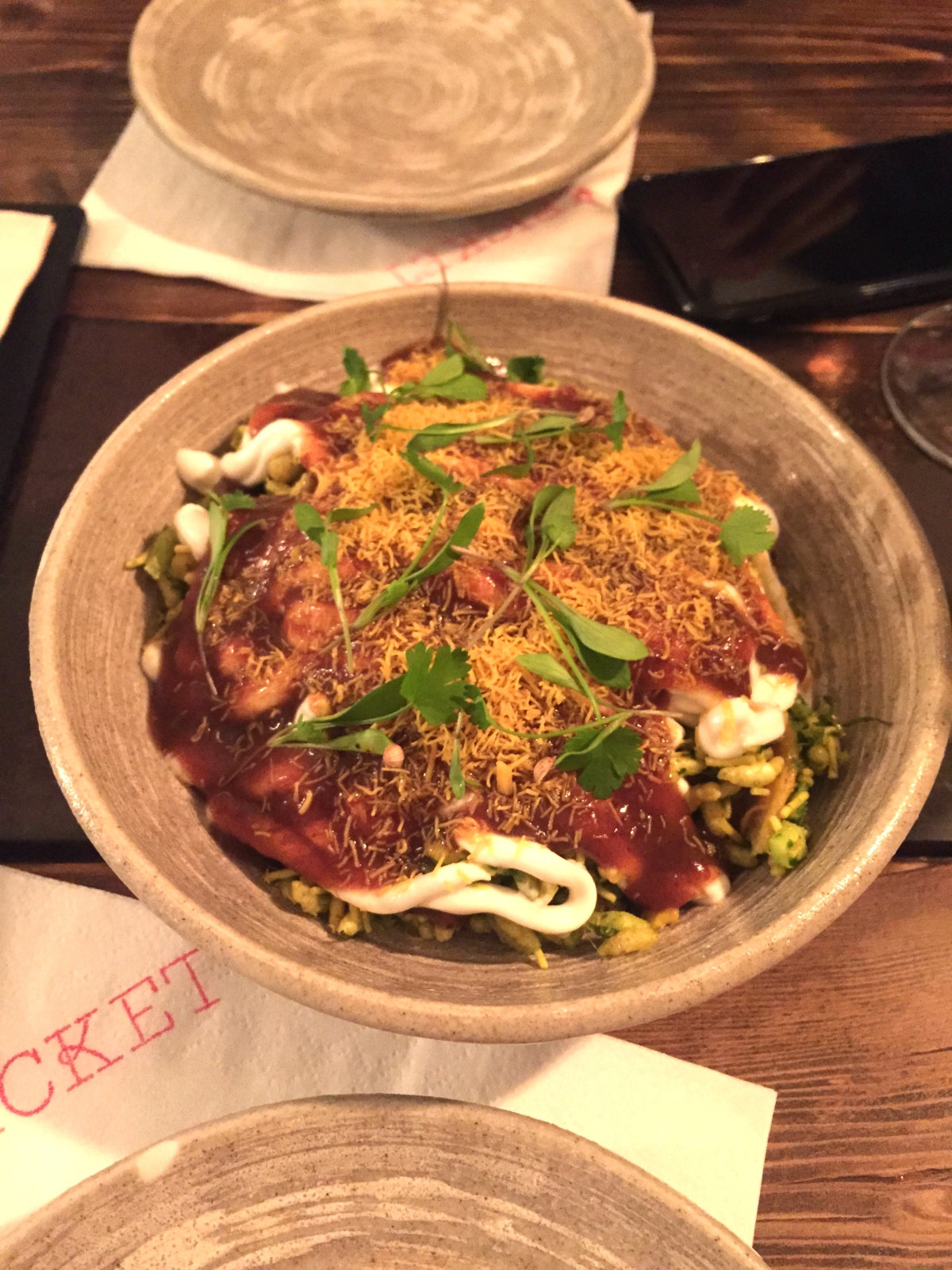 Next up, Samphire Pakoras decorated with date and tamarind chutney and a side of chilli garlic mayonnaise. Samphire is a sea vegetable which has a crisp texture and a sweet sea flavour. 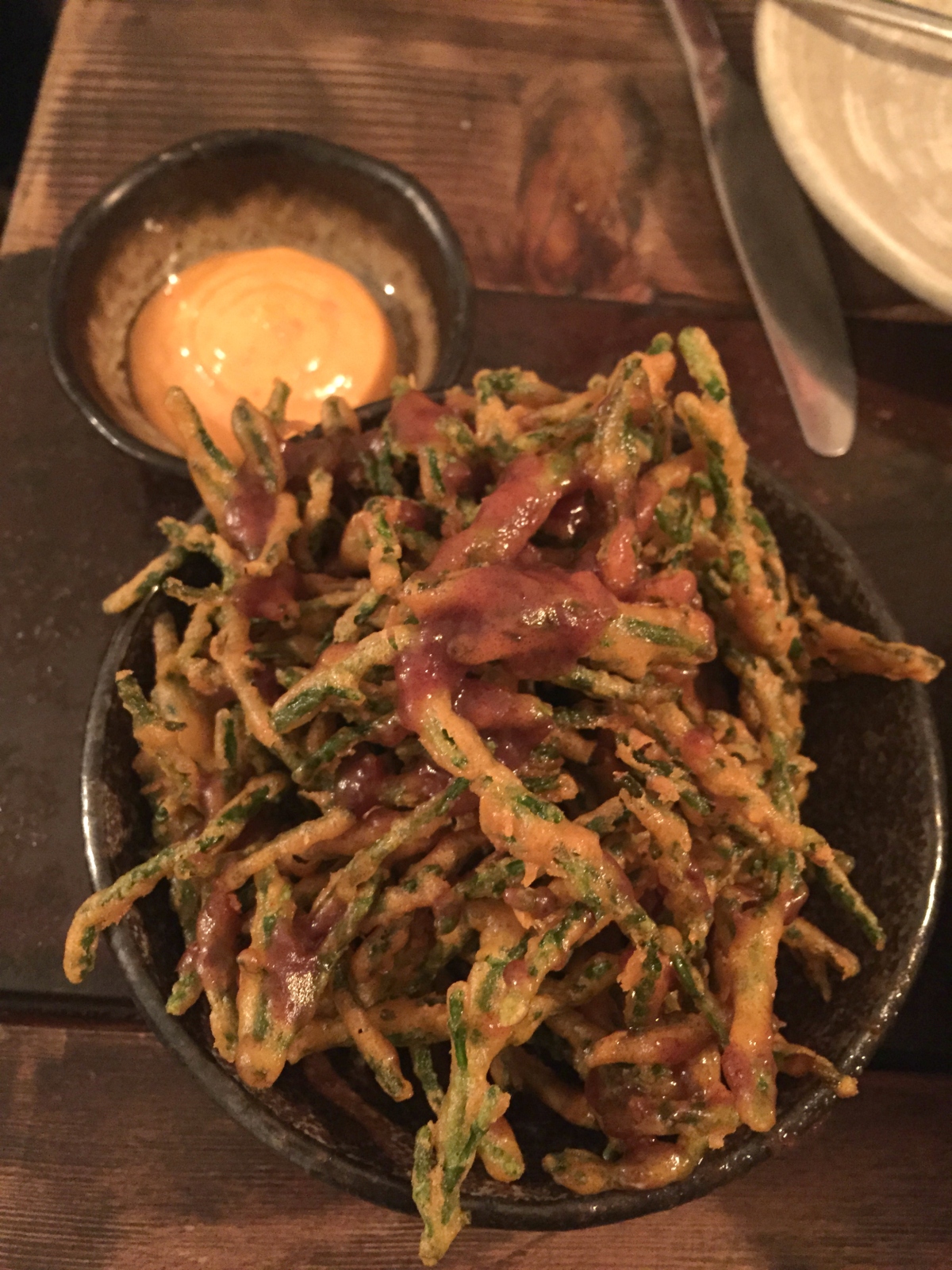 A portion of grilled sweet potato with black garlic, gunpowder and labneh was next to arrive at the table. The skin was beautifully blackened but we were advised not to eat it. The light yogurt and flowery garlic flavours balanced out the powerful gunpowder seasoning. 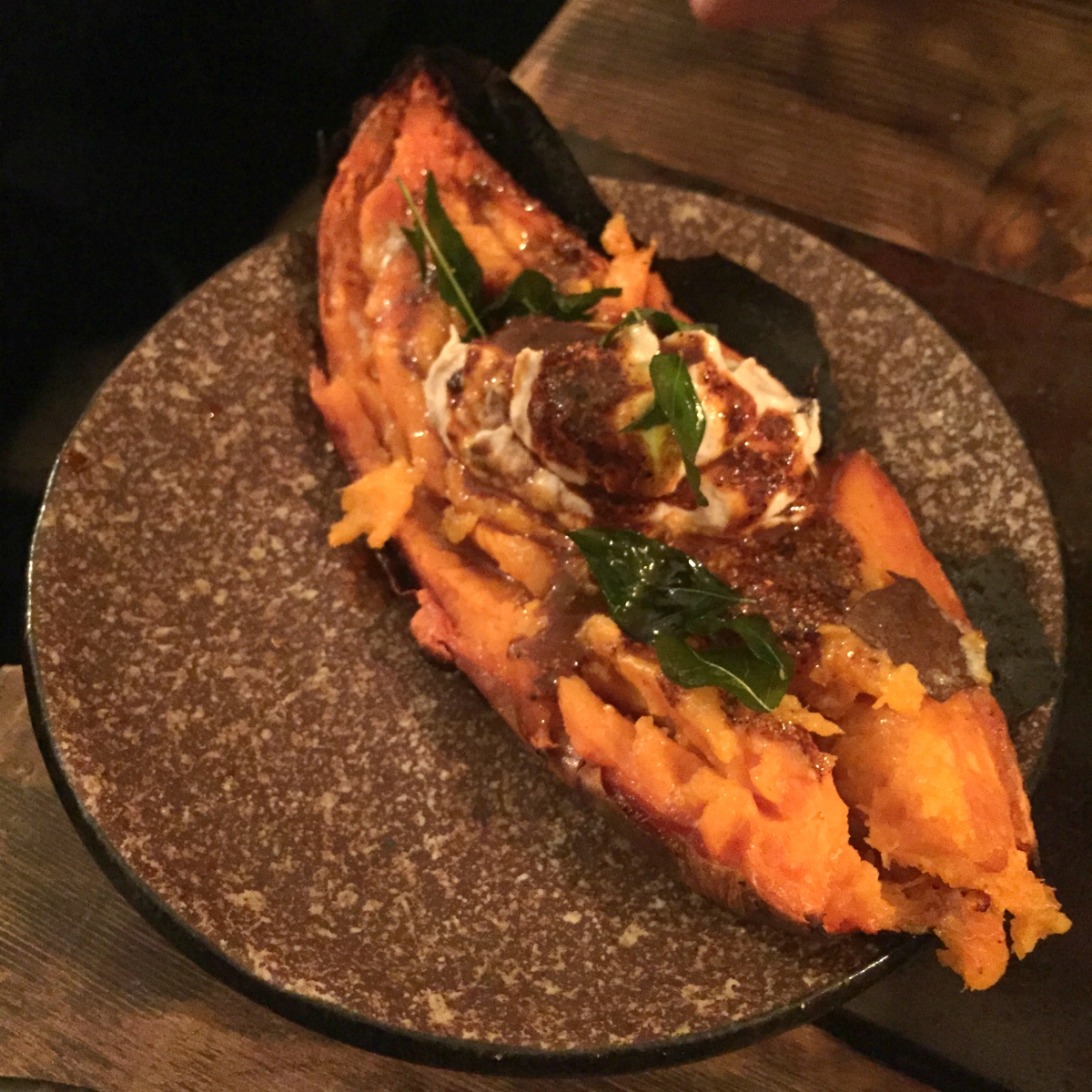 Kricket’s Keralan Fried Chicken was another awesome dish. The spicy batter was the perfect coating for the small pieces of chicken which were accompanied by a brilliant bright yellow curry leaf mayonnaise. Thin slices of pickled mouli, part of the radish family, complete the dish.

My least favourite dish was probably the Hyderabad baby aubergine which was a shame considering I am an aubergine lover. Sweet flakes of coconut were a pleasant addition but overall the flavour somewhat lacked.

We finished things off with a plate of smoked haddock, yellow moong dal, pickled cauliflower and a raw eggs yolk. Made from rice and lentils, the Kichri was surprisingly light. Smothering the raw egg yolk over thin slices of cauliflower made for a unique dish. Finally two cuts of Sulla Venison Rump served with chunks of pumpkin and burnt calcot onion raita. Jerusalem artichokes and chanterelles complete the dish which was a meaty, fresh and flavoursome.

Kricket is definitely worth a visit. Go for the Bhel Puri, Samphire Pakoras and Keralan Fried Chicken alone and I promise you won’t be disappointed.