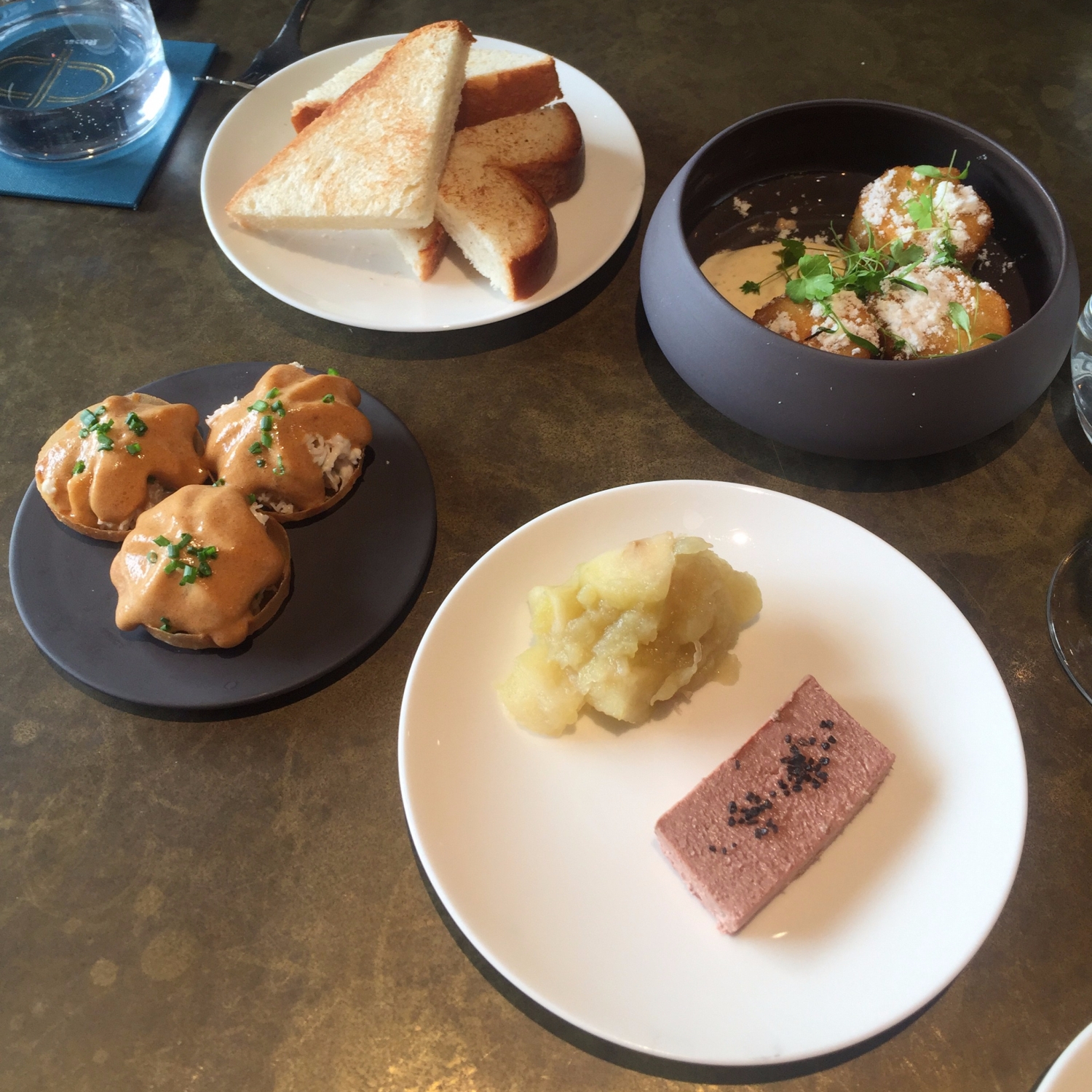 Brighton is having a bit of a moment restaurant-wise and since it’s only an hour train journey from London there really is no excuse but to go and see what all the fuss is about. Not only is it a wonderful opportunity to soak up some sea air and catch a few rays strolling along the pier, there are plenty of boutiques, bars and eateries to amuse yourself with.

Pascere, meaning “to nourish” in Latin, is a small independent restaurant split over two levels on Duke Street. Offering a menu of small plates, tasting dishes and à la carte, Pascere skilfully strikes a balance between fine dining and the friendly vibe of a neighbourhood restaurant.

We treated ourselves to a glass of Blanc de Noirs to begin, an ever so slightly dusky pink Gonet-Médeville Premier Cru, Pinot Noir grape from Champagne, France. Served in a delicate champagne flute, the restaurant backdrop created quite the picture.  A beautiful jade colour scheme with wonderful attention to detail, waxflowers in white geometric vases, velvet chairs and distressed copper table tops. The interior design was right up my street. 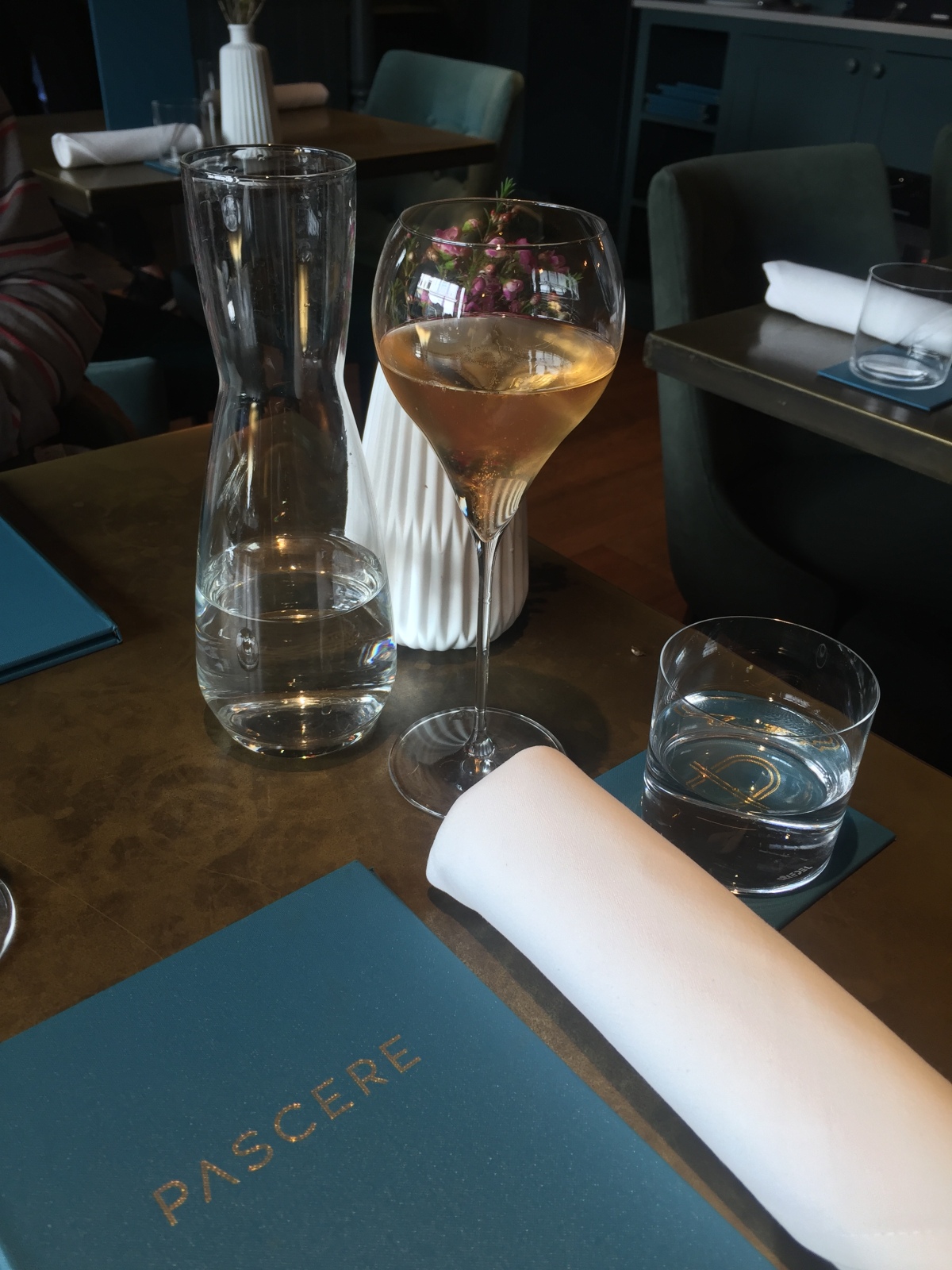 Two small plates of perfectly round freshly baked breads arrived at the table. Both hot from the oven, they were an interesting combination of Saison Dupont (Belgium beer) & onion and stout & treacle, smothered in whipped brown butter with muscovado sugar & black salt they were the perfect entrée. 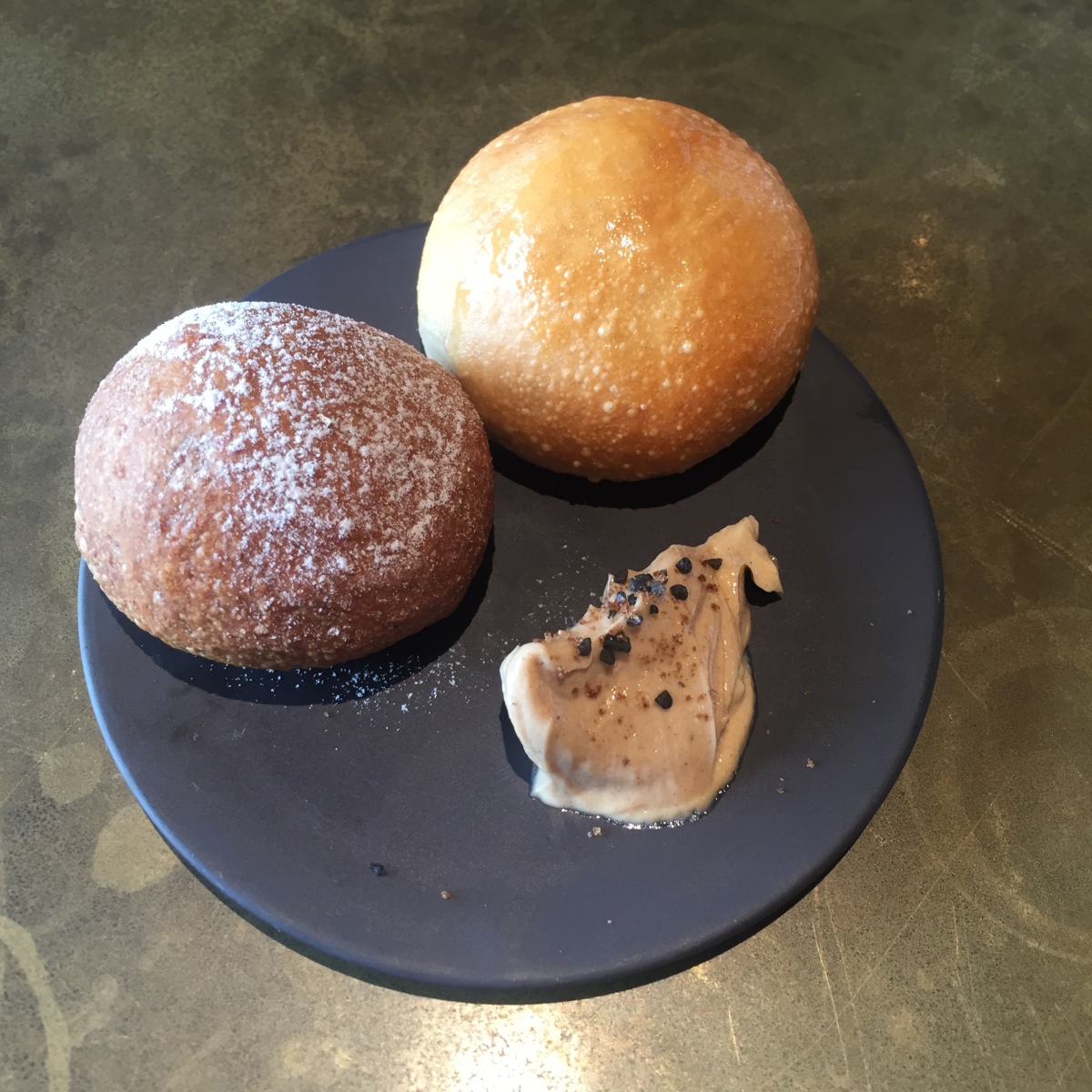 We ordered a selection of small plates rather than a starter each. A couple of must-orders include the Portland crab tarts and the Chicken croquettes. The crab tartlets were housed in fragile pastry, piled high with white crab meat and topped with a shellfish custard which was foam-like in texture and bisque-like in flavour. 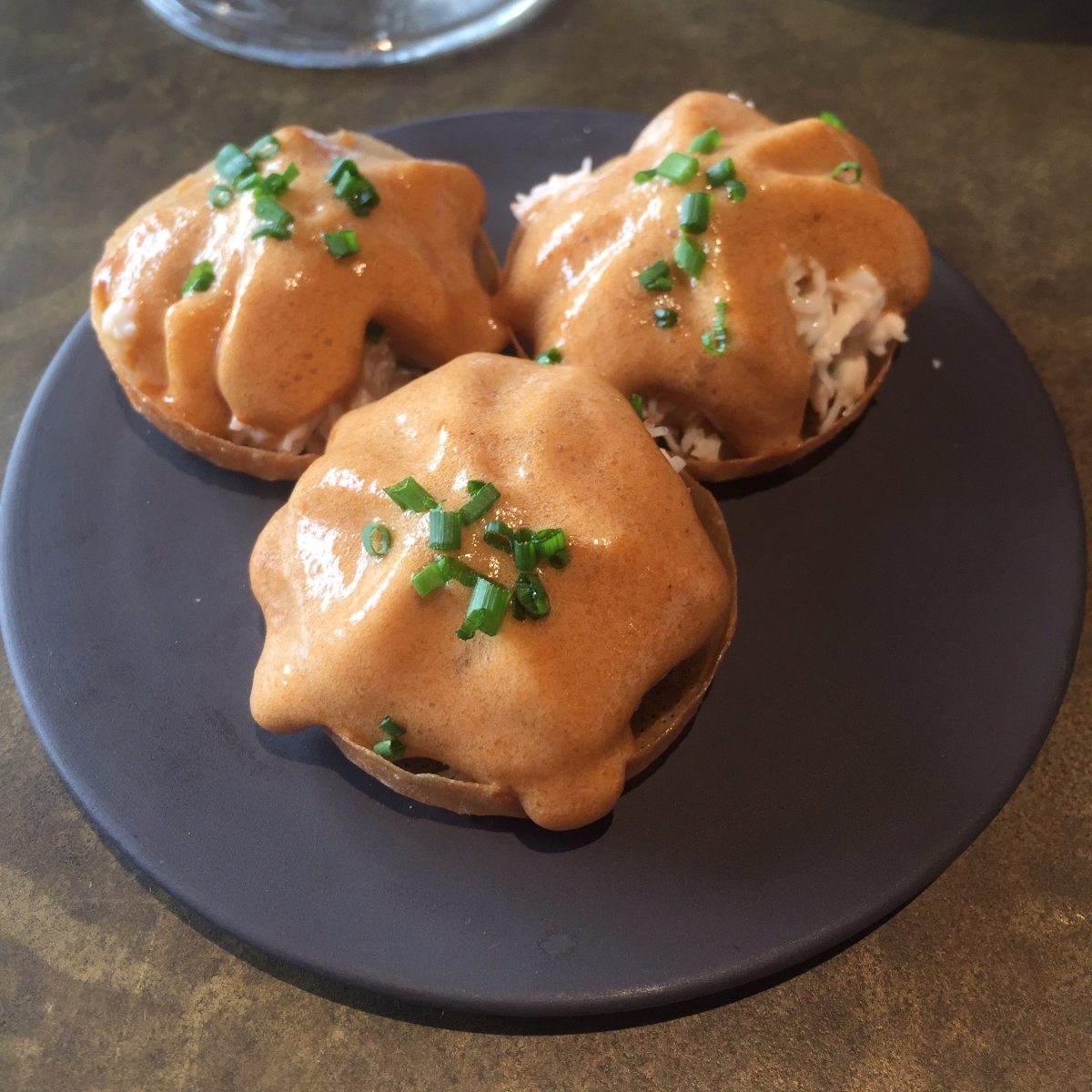 The final small plate was Duck liver parfait with apple compote and toasted brioche. I was a little disappointed with the portion control of this dish, the mountain was apple compote was too much for the amount of parfait and the amount of toasted brioche was too much for the combination of the two. The parfait was so smooth and silky that it could only be appreciated as a thick layer upon the toast with only a smidge of compote to balance it out. Either give me more parfait or less of everything else, of course the former would be the most preferable. 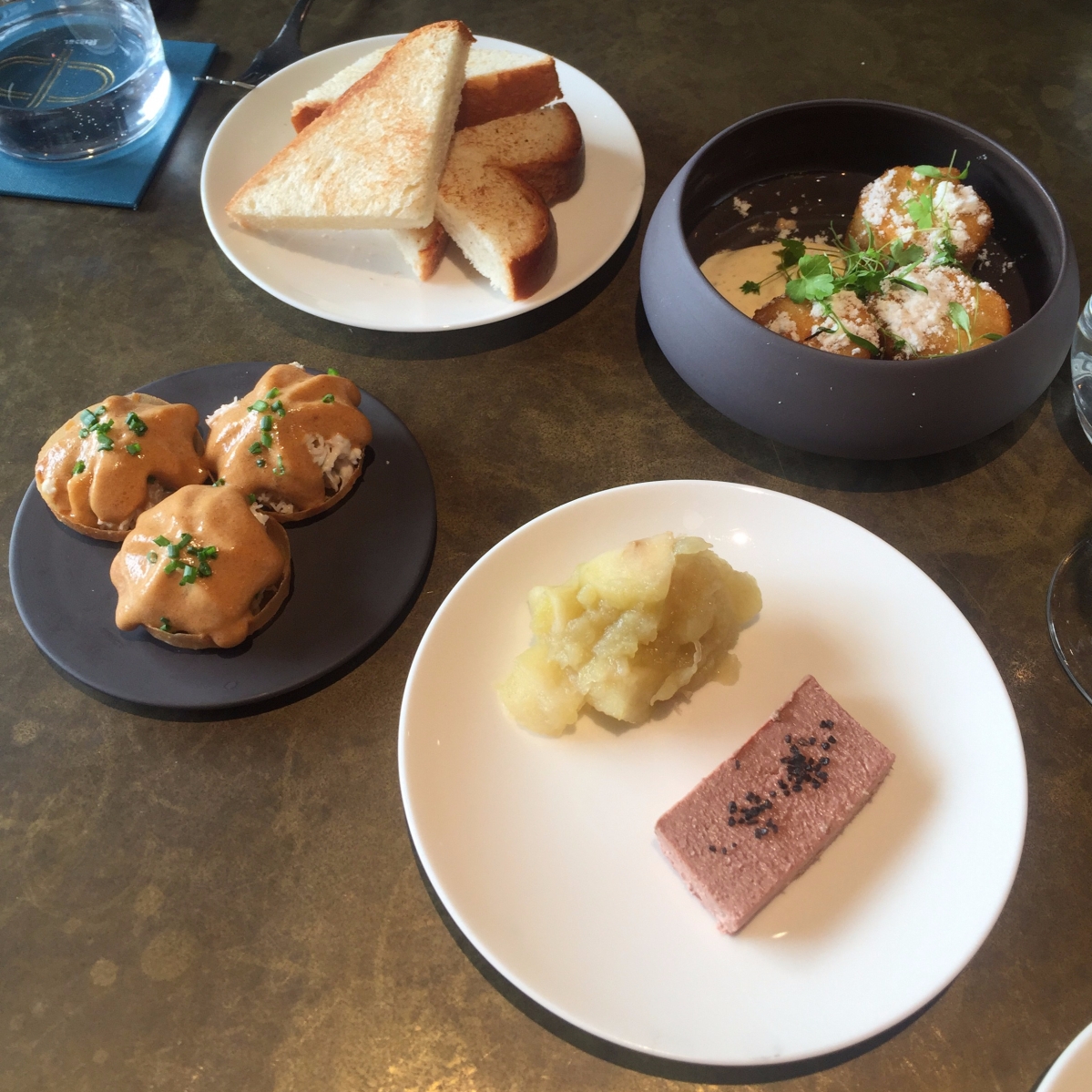 For the main I opted for a dish from the lunch menu of Braised Jacob’s ladder, pappardelle and aged parmesan. The slow cooked short rib was tender and rich in a red wine jus, the pappardelle pasta was al dente and the parmesan was strong and nutty. I would have enjoyed more of the jus over the dish and a bit less fat on the meat but it was otherwise delicious. 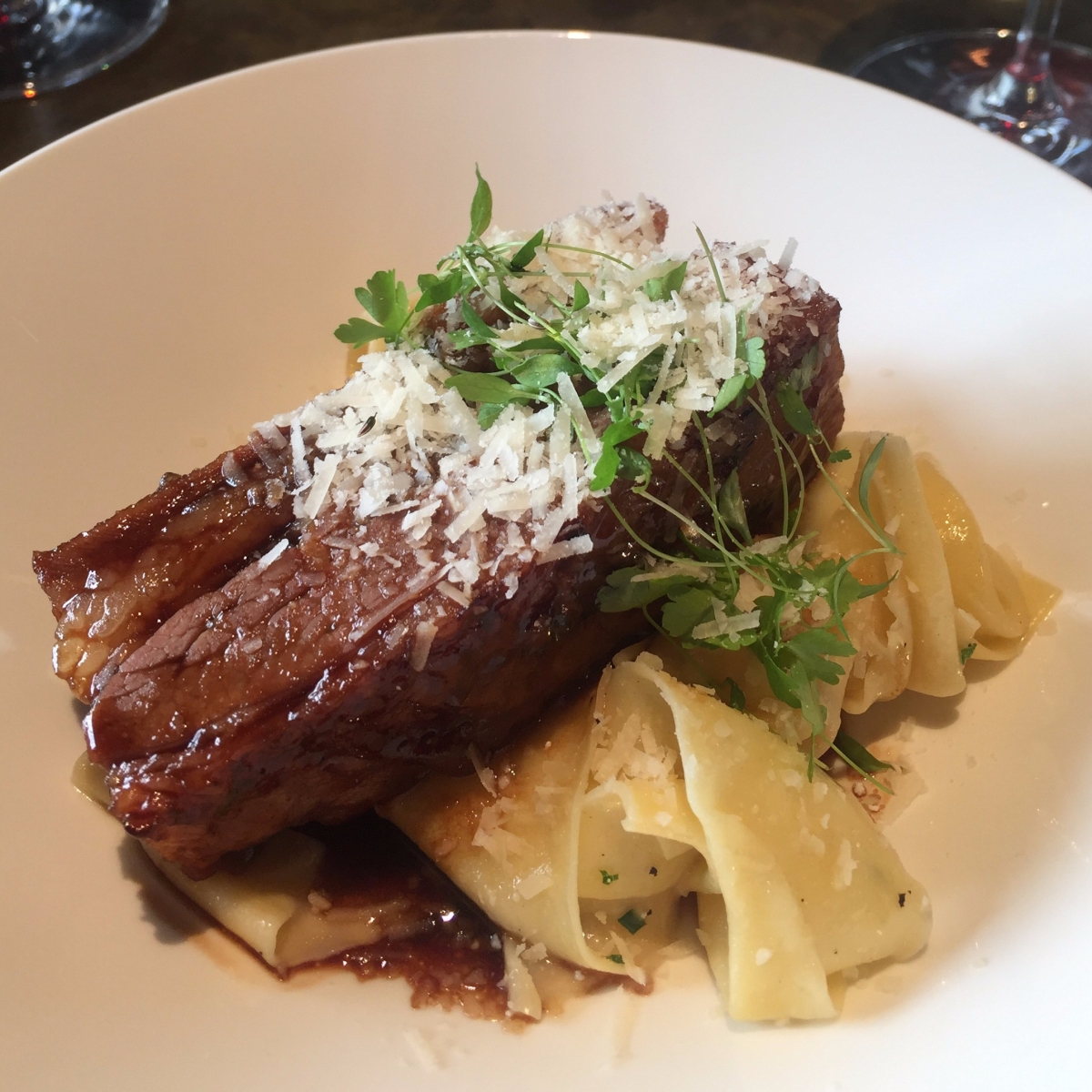 The Guinea fowl was quite the show stopper, pan roasted breast and braised leg with trompette mushrooms, white pudding & chestnut mushroom purée. I’d never tasted white pudding before – like black pudding, but without blood – it was really tasty and went very well with the guinea fowl. 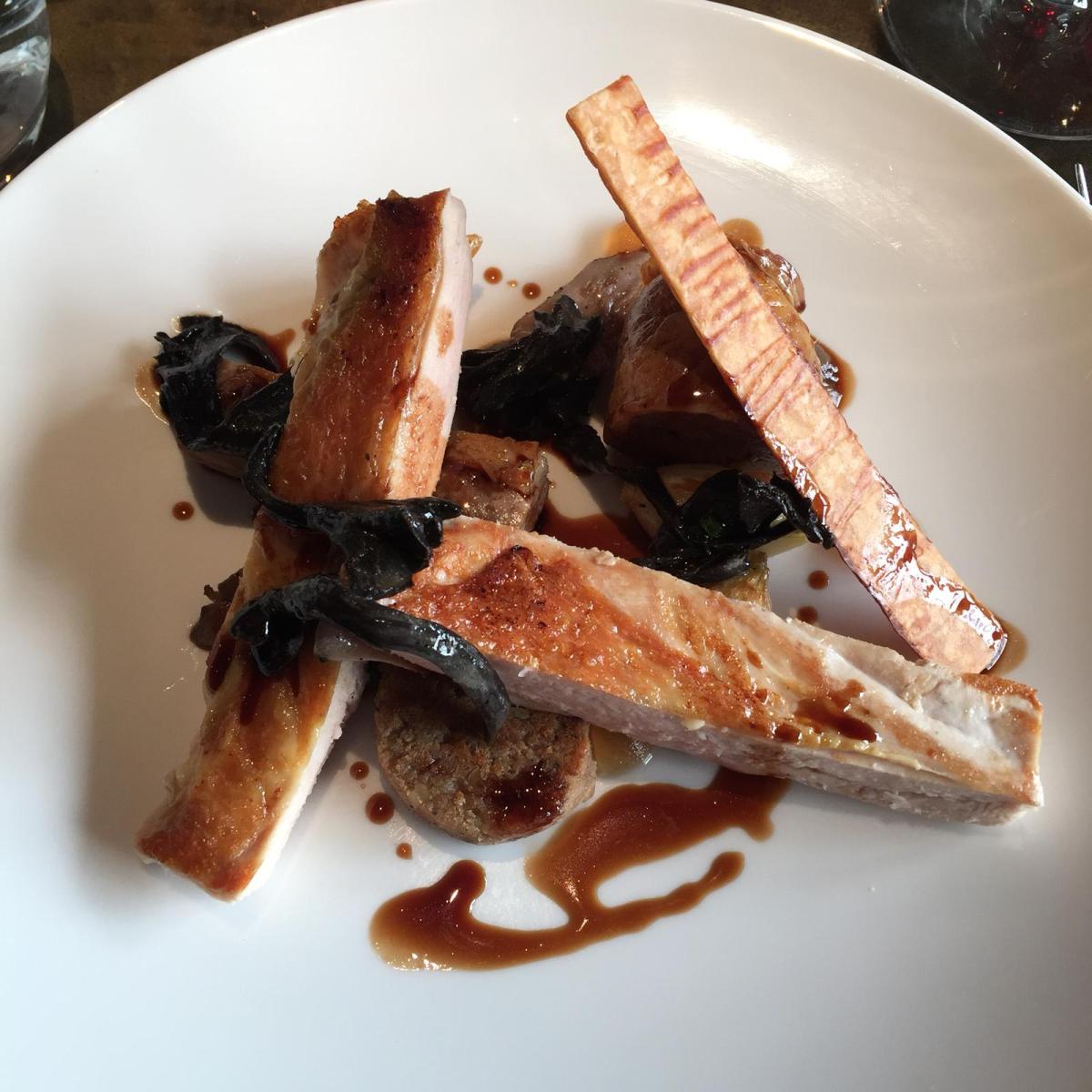 For dessert, I went for the selection of British cheeses which I’m told are all from Neal’s Yard Dairy in London. Unsurprisingly they are all top-notch, my favourite had to be the Beanleigh Blue, a thin-rinded, unpressed soft blue cheese made from pasteurised ewe’s milk produced in Devon. It was such a huge cheese plate for one! I did my best to finish it though. 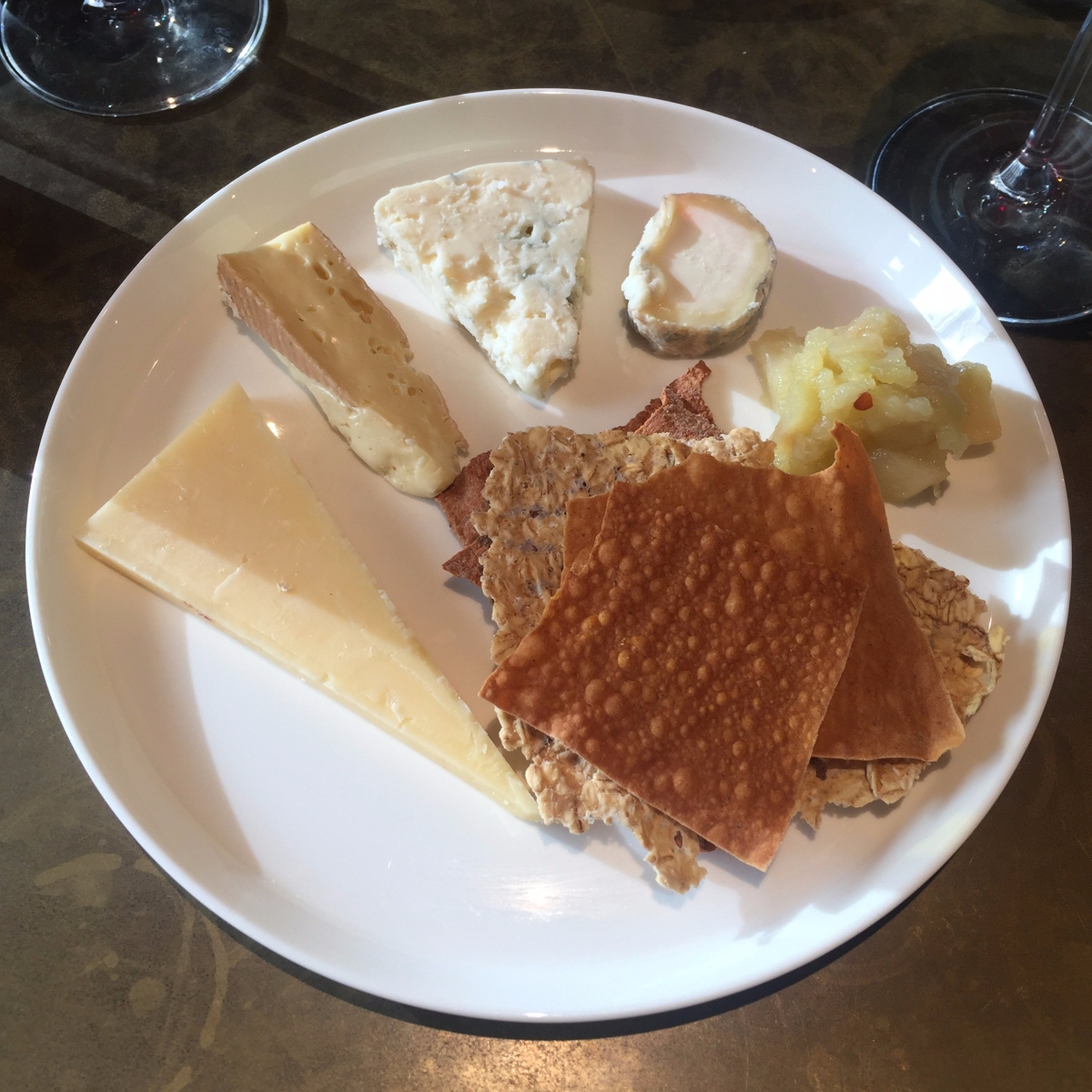 The Poached rhubarb was another impressive ensemble of rhubarb sorbet, balsamic vinegar parfait and sorrel granite. A completely faultless dish in my opinion. 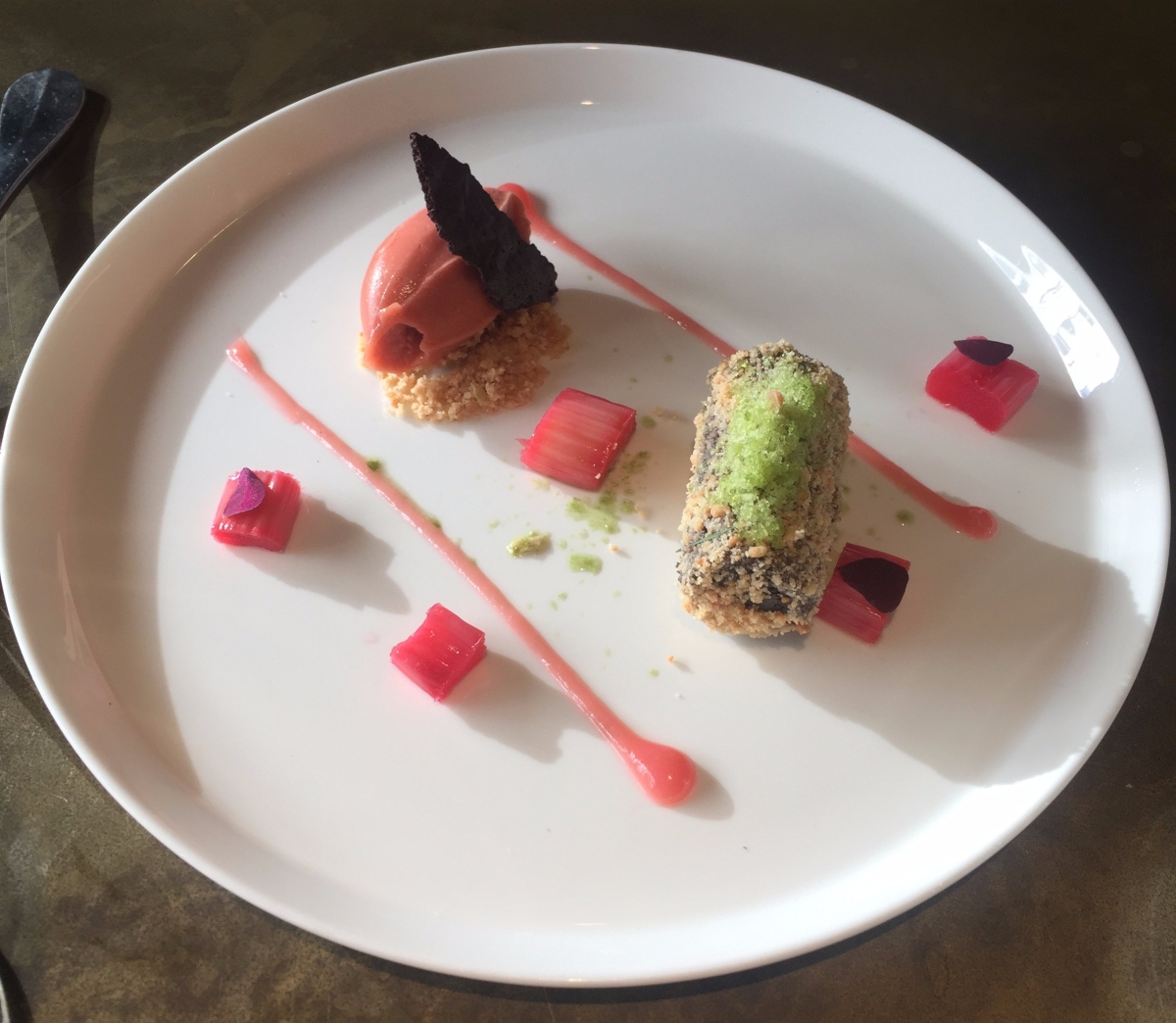 I’d read some wonderful reviews of Pascere and I’m delighted to say my high expectations were met. We dined at a late lunch sitting on a Saturday and were greeted with a half full restaurant. I do hope there had been earlier sittings as it deserves to be busy – by the time we’d finished our meal we were the last table in the restaurant! I’m not sure if that’s more about Brighton’s restaurant scene than Pascere’s popularity but I’ll certainly be recommending it and thinking about when I can book my next trip to sample the tasting menu.