Experience Cinema is the exciting new film experience showing classic, cult and recent film releases in alternative and unusual venues around the UK. Experience Cinema believes that you are affected by what’s around you and by experiencing film in a unique location you take your viewing enjoyment to a whole new level. 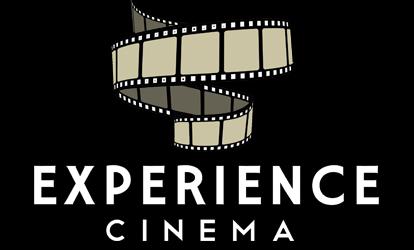 Tickets were reasonably priced at £11.25 each or £8.25 concession. As I had never seen Casablanca I chose to go on Thursday with my friend to see what all the fuss was about. As expected there was a lot of couples in the audience, which meant a lot of heavy petting during the film – but it was Valentines week nonetheless so we couldn’t complain too much!

The Round Chapel was the perfect location, on arrival the building was lit with pretty pink spot lights and the romantic theme continued as you stepped through the rose petalled entrance. As you walked through the doors you were greeted by ushers dressed as nuns who checked your tickets and on confirmation stamped your hand with a red heart. The whole room was candle lit and had a nice ambiance about it.

The screen was hung from above the alter, with mood lighting and an abundance of candles. Before the film began the host made an announcement from the alter welcoming us all to this evenings screening and introducing the film. To the left of the screen was a live pianist playing classical tunes on a baby grand piano. It was perfect background noise, whilst the audience chose seat, purchased drinks (from the fully licenced bar) or popcorn served by Father Ted – the waiter, dressed as a monk.

Attention to detail – Rose petal crucifix, with fairy lights outlining the decoration. The perfect photo opportunity! …maybe not ideal for a first date!

Experience Cinema is run by the Rooftop Film Club. Their website is currently under construction, but sooner or later you’ll be able to find out more information here. For live updates about current and future events follow them on Twitter @rooftopfilmclub or like their Facebook page here. 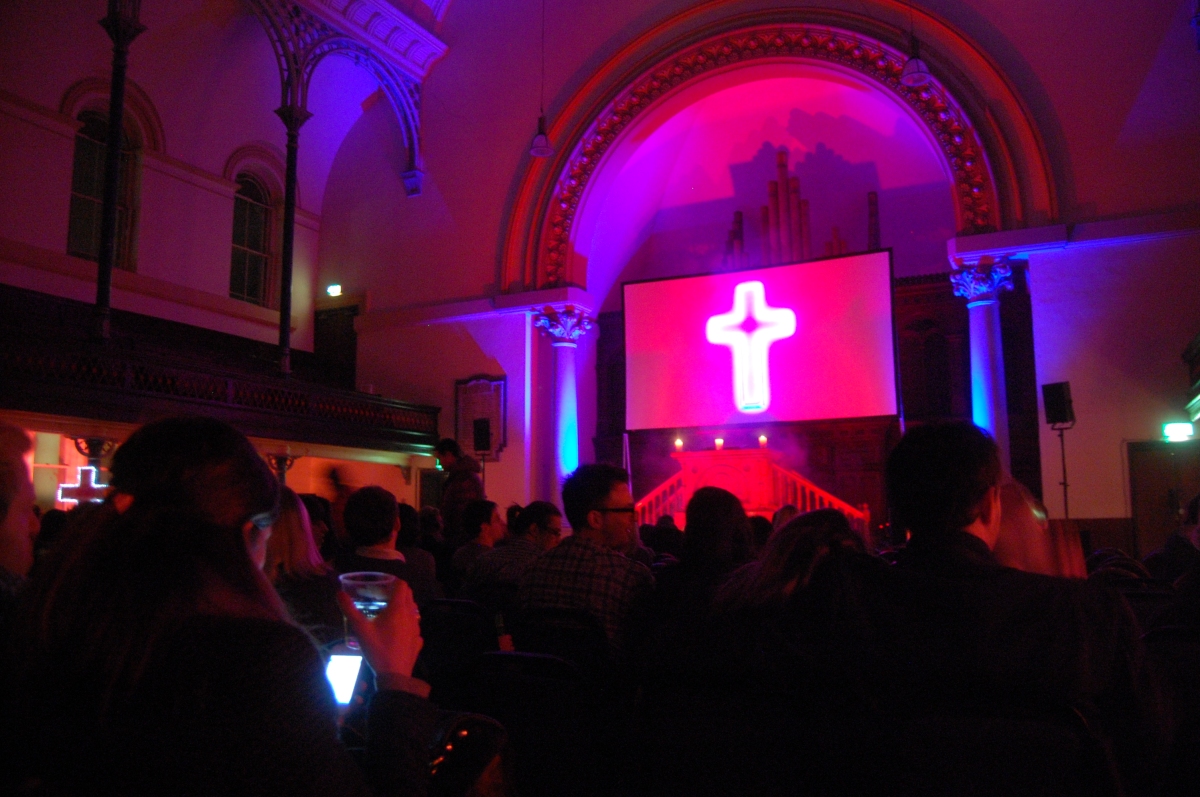 As well as the Valentine’s films at The Round Chapel in Hackney, The Yard is the latest endeavour from the team behind the Rooftop Film Club. Turning a converted warehouse theatre into a pop up cinema, Films at The Yard screens both modern films and old favourites for two weeks only. 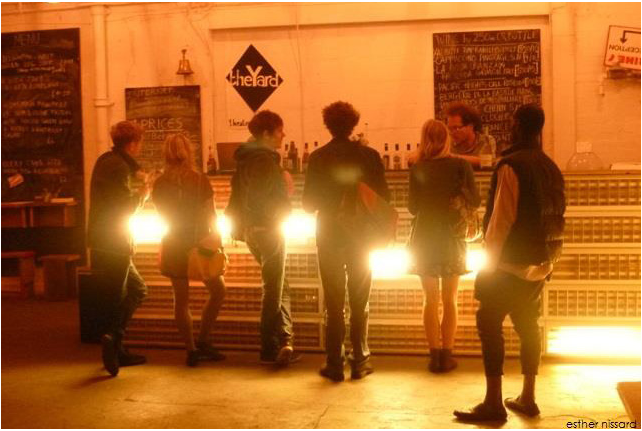 Taking place within a warehouse that’s been converted into a theatre using reclaimed materials from the nearby Olympic Park, Films at The Yard is something a little different from your average cinema experience. An on-site cafe will be serving food and drink before and after each screening, so you can make the most of your night whether you’ve got tickets for a rom-com or a highly charged Tarantino movie. Read more about The Yard from the View London here.

Tickets cost £9.00 each (no concessions available). For more information and to buy tickets, click on the link below.