Some of my regular readers may have noticed that I’ve been a little quiet recently. Well, having just complete uni I have been swamped with coursework, deadlines and job applications. I can now share with you that I’ve secured a job! Whopee! I start on the 17th of June and will be moving to my new house share in Parson’s Green, London (South-West) the weekend before. So you can look forward to some London food blogs most likely on their way!

Before getting back into the 9-5 regime I’ve been enjoying the sun (English sun, believe it or not!) up in Nottingham with my housemates from university. Yesterday we had a BBQ and I thought it would be nice to share with you all the good food we made and how to rustle up a cheap student style feast!

Let’s start with what you need

Start by lighting the barbie – light the paper through the grill by tipping the disposable BBQ up. Make sure you put it somewhere sturdy and on a surface which wont burn (i.e. avoid decking).  Leave the flames to die down and the coals to have a layer of greyish white ash on them. It usually takes about half an hour for it to be ready. Place the meat all over the entire grill available, the centre will generally be hotter. I’ve been told that cheaper meat doesn’t cook as well on a BBQ (e.g. Smartprice Sausages) so try and get something with a higher meat content. If you’re struggling to light the BBQ then check out the advice on The Student Room. 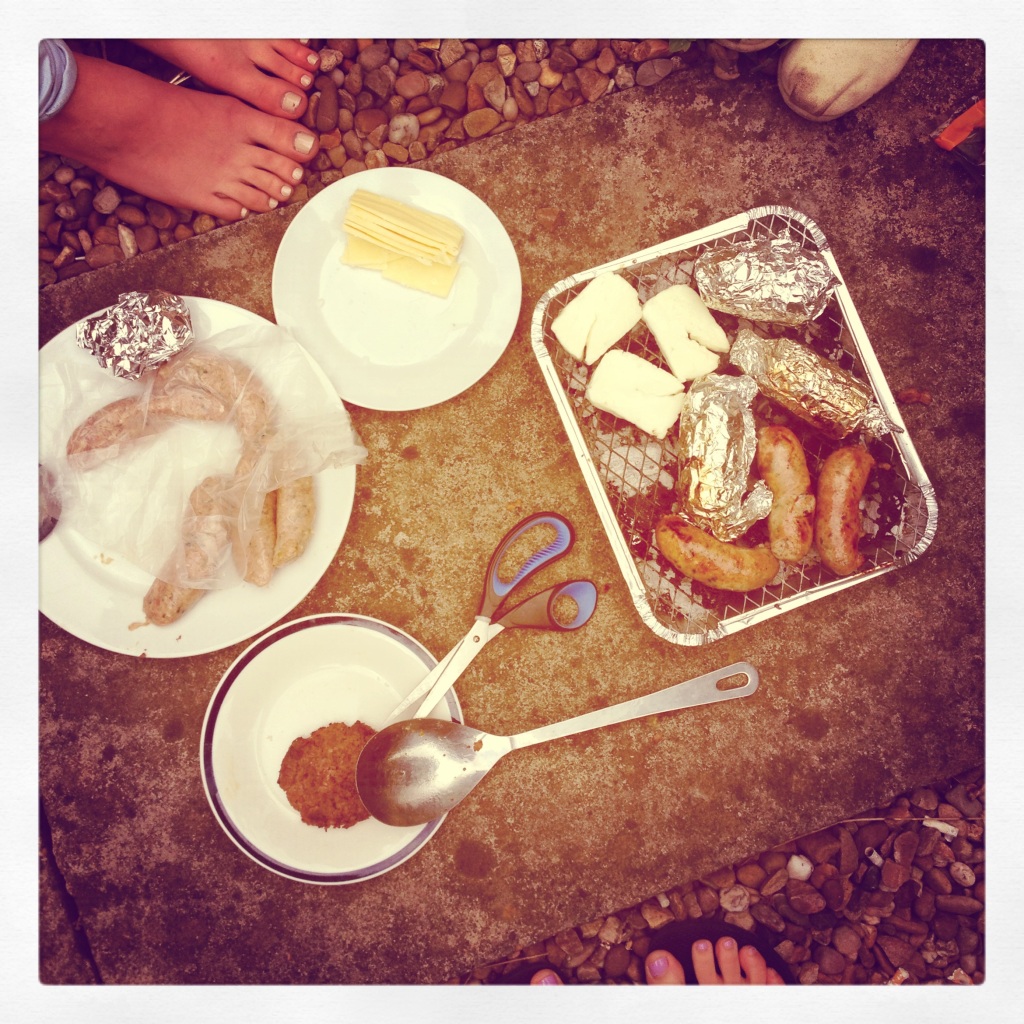 Make sure you cook the meat for long enough. It’s not as much of an issue for Beef Burgers but very important that sausages show no pink meat in the middle. If you’re not sure whether they are cooked properly, just cut them in half. Serve your burgers in a buttered bread bun, with ketchup, salad and a slice of grilled halloumi cheese. 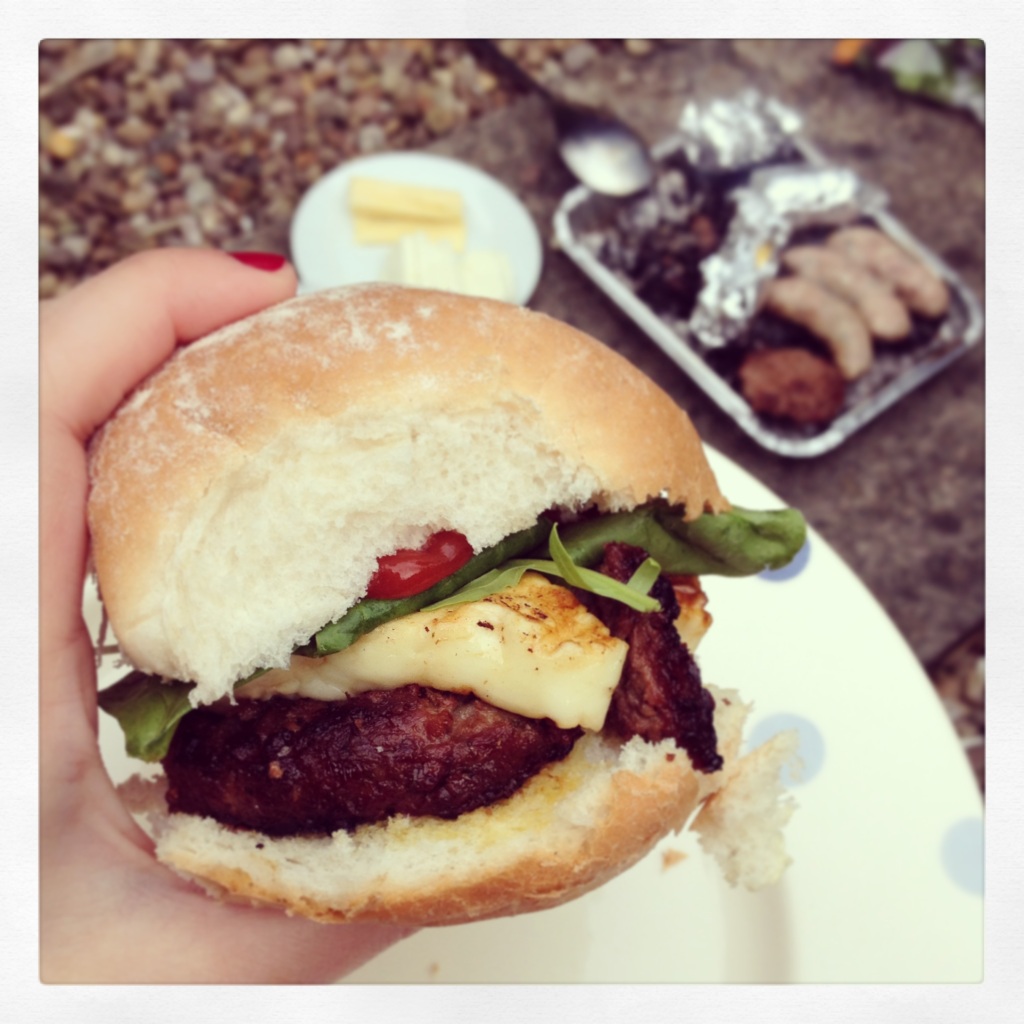 Cook the sweetcorn (corn-on-the-cob) wrapped in tin foil. The corn will turn a brighter yellow colour when it’s ready to eat, serve with a knob of butter. 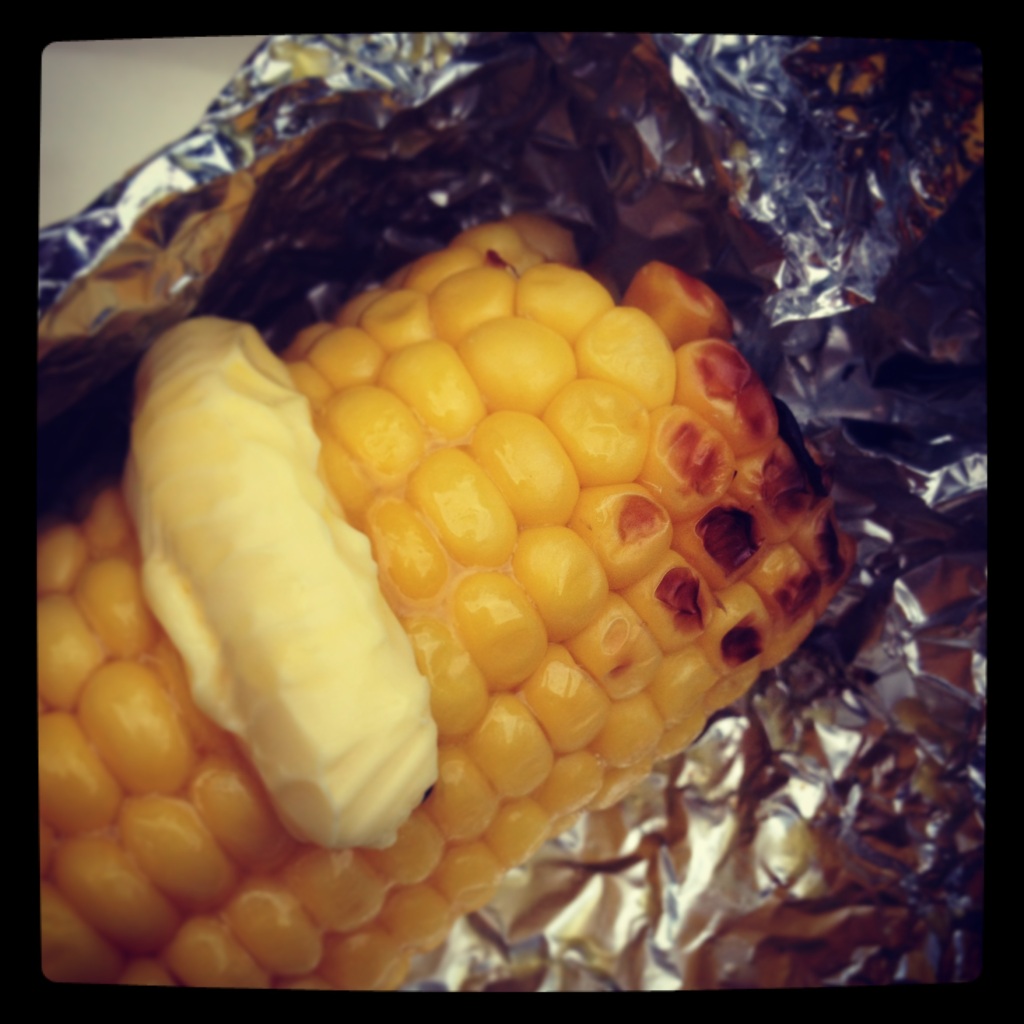 If you’ve never had barbecued halloumi cheese before then you are missing out. I’ve only ever cooked it under the grill before but this was like a whole new tasting experience. Simply cut into 2cm wide slices and place on the BBQ, keep turning over until both sides are looking well cooked. I love boarder-line burnt BBQ food so let it get nice and charcoaly – the mixture of textures, crispy, squeaky and soft made it a delicious nibble. 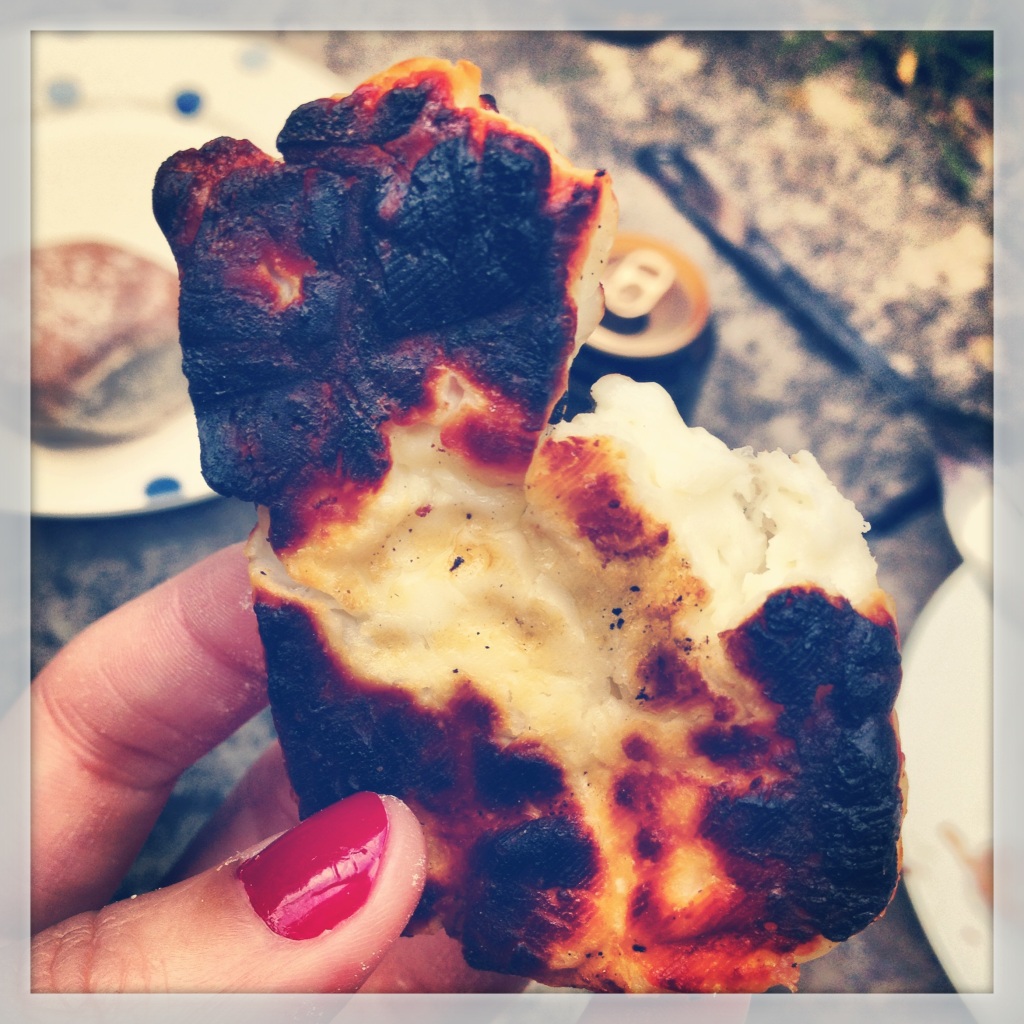 We chose to wash down our BBQ food with some cans of Kopparberg Mixed Fruit Cider, which went down a treat. Once you’ve munched through as much food as you can, let the disposable BBQ die down and leave outside to cool. It often requires at least 12 hours until it is safe to dispose of. Left over barbecue food the next day always goes down well so don’t worry if you’ve cooked too much! 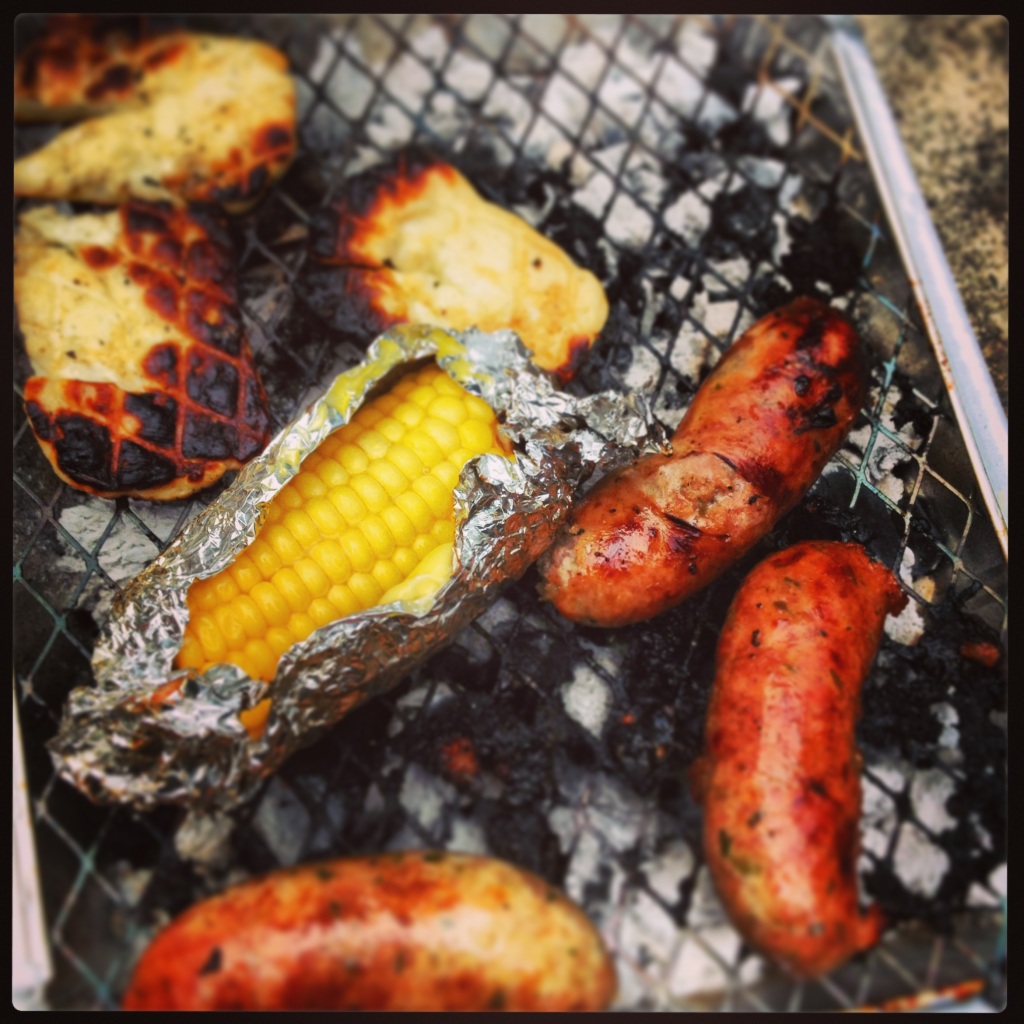