Caribbean Beach Shack restaurant and cocktail bar nestled in the heart of Notting Hill in London. Started by the same team behind Ping, The Rum Kitchen lives up to it’s name boasting a cellar of over 100 types of rum. It is worth pointing out that after 10.30pm this place moves from restaurant to bar and becomes members only. Knowing this before hand we headed down for an early dinner at 6.30pm, despite this – we didn’t leave till past 9pm. 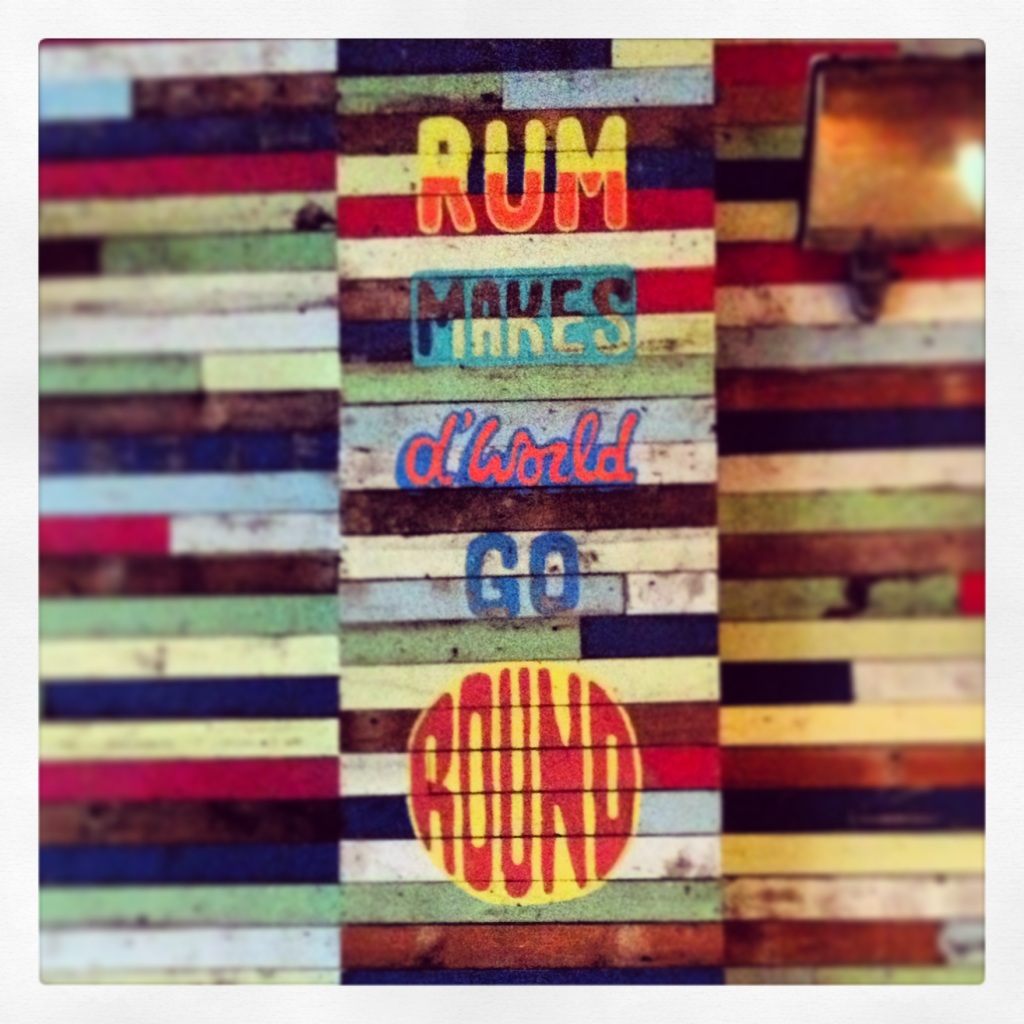 The Rum Kitchen screams colour, relaxed atmosphere, Reggae tunes, warmth and jerk chicken. There was no other way to start our night than with a cocktail. I went for the Rumbustion, Coconut rum and Havana 3yr rum swizzled with coconut cream, pineapple and apricot liqueur – a lighter twist on a classic pina colada. At a guess I’d say it was the apricot liqueur that made it take so darn good – it wasn’t thick, nor filling, it was light, refreshing and I wanted to drink it all at once. Most certainly one of the best rum cocktails I’ve ever had!

There was plenty of cocktails to choose from, from sweet to sour, strong to fruity. The six of us dining together were all sure to sample one another’s choices – just so we knew which to pick next time! 😉 As the sun went down and the evening drew closer, the restaurant became very dark – in fact one group of people in the corner where using their phones as torches to read the menu. We were in the centre of the restaurant so it wasn’t so bad but I have to admit now – that the following photos aren’t my best foodie pics! 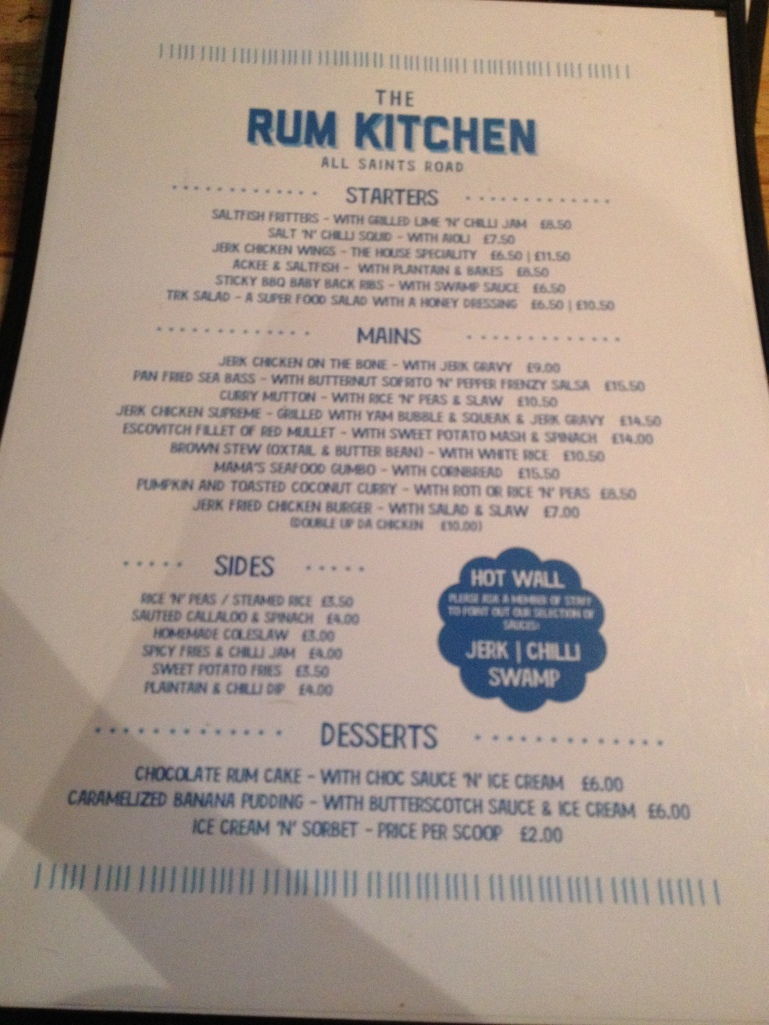 I chose the Sticky BBQ Baby Back Ribs with Swamp Sauce to start. I’m not to sure whether the swamp sauce was the incredibly spicy coleslaw it came with on the side, or the marinate the ribs were in but either way, the meat was good! Tender, fall of the bone, juicy and sweet. For main I went for the Jerk Fried Chicken Burger with Salad and Slaw. I can’t lie I chose it because it was the cheapest main on the menu at £7 if I was feeling flush I would have gone for the Pan Fried Sea Bass but I was just trying to be practical with the cocktail, starter, main… and dessert….

The bun burger was brioche bread layered with a citrusy mayo, lettuce, tomato and fried chicken – next to a small pot of coleslaw and mixed salad leaves. The chicken was spicy – maybe the equivalent to a Nandos medium. For many of you I’m sure that’s not considered hot but I’m a lemon and herb kind of girl. It was good! I’m glad it came with slaw to cool it down but maybe not enough. Also, the chicken was good – but maybe a bit chewy? Give me more slaw and some juicier chicken and it would have been spot on. Fair criticism I feel. Around the table was an array of dishes between us, the Jerk Chicken Supreme and Pumpkin and Toasted Coconut Curry. We even tried out some of the side dishes including Plantain and Chilli Dip and Sweet Potato Fries (which were awesome!). Two of the six of us couldn’t resist ordering dessert – we both went for the same thing the Chocolate Rum Cake with Choc Sauce ‘n’ Ice Cream. It was delightful, the rum cake was chewy and brownie like, the chocolate sauce was warm and rich. Highly recommended. Overall we had a great meal at The Rum Kitchen, I loved the atmosphere, if I didn’t return again for the food and certainly attempt to drink the bar dry.