Opening a day after fellow (or should I say foe?) US burger chain Five Guys and situated a mere 300 metres away from each other in Covent Garden, London’s first Shake Shack has arrived. Impressed with the competition it was time to see whether Shake Shack was a worthy opponent.

Arriving at Covent Garden’s historic Market Building (near the Royal Opera House) on a Monday night I was pleased to see minimal queues outside the American burger chain. With little time until we were at the front of the queue I made the quick decision to order the SmokeShack cheeseburger. Accompanying my single patty burger I went for a portion of Fries and a Fifty/Fifty drink. Once you’ve paid at the counter you’re then given a buzzer which “shakes” when your orders ready to collect.

The seating at Shake Shack is in the centre of the market building, although sheltered it’s was pretty cold considering the time of year. We did have to wait around a while till a space was available for us to sit, but it wasn’t a bother as we found somewhere before our order was ready. Like with most fast food burger chain your meal was served on a tray in paper packaging.

The SmokeShack cheeseburger was topped with British free range Wiltshire cure smoked bacon, chopped cherry peppers and ShackSauce. The sauce had a slight kick to it which was great as it gave the juicy beef and salty bacon something to work with. I especially liked the cherry pepper, they tasted grilled and were a sweet addition to the bun. I only ordered one beef patty (trying not to be too greedy!) but I should have gone for two as the burger wasn’t huge.

Fellow foodie and tonight’s dining companion @Pol29 went for the single Cheeseburger with bacon. Keeping it simple and leaving out the lettuce and tomato she enjoyed it but again would have opted for the double beef next time! 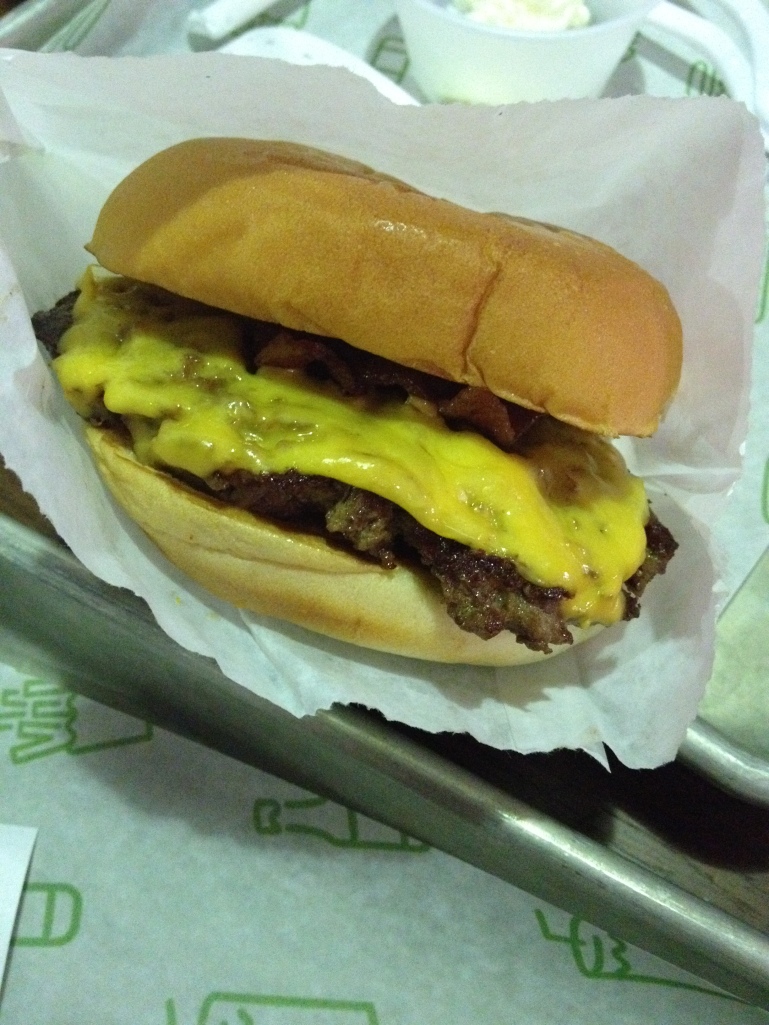 Between us we’d ordered the original fries and the cheese fries to share. Served crinkly – they were warm, fluffy on the inside and crunchy on the outside. The Cheese Fries, topped with the Shake Shack blend of cheddar cheese sauce were a heart attack on a plate but my god were they good! Because we were dining outside they had to be eaten up quick whilst they were still warm as a cold cheese sauce is never appealing. 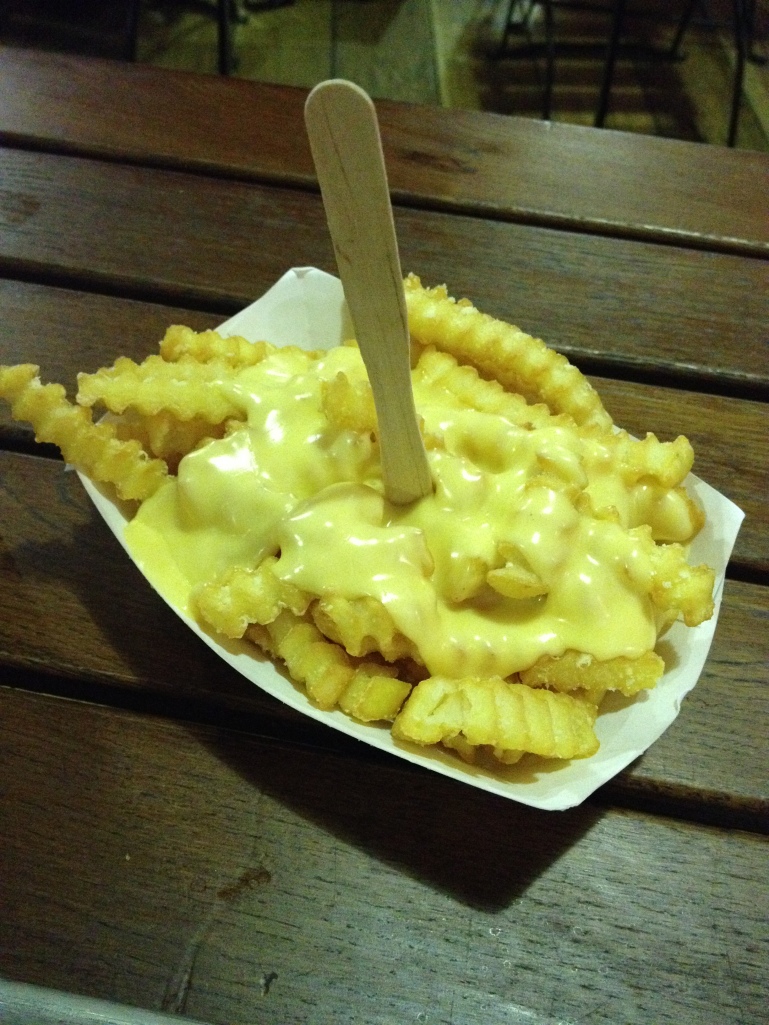 To drink I had my first ever Fifty/Fifty, made up of half lemonade, half iced tea it was lush! Very refreshing and helped absorb some of the salty burger and fries goodness I’d just consumed.

I feel as though I have conclude this post with a Five Guys verses Shake Shack verdict, but I don’t really want to. They are both good for different reasons – if it’s winter and you don’t want to be sat outside go to Five Guys (also their drinks machine is pretty hard to beat). If it’s summer and you fancy an american style milkshake with your burger then go to Shake Shack. Both are tasty, both live up to the London burger scene hype – the only thing that makes it a difficult decision is that they’re both in Covent Garden so unless you’re 100 meters closer to one rather than the other you might have to go by queue size!