Earlier this year I took a trip home for the weekend to catch up with family and take in the fresh sea air. As I haven’t done a lifestyle blog post for a while I thought I’d scramble one together now and give you an insight into where I grew up in Suffolk.

The Cookhouse at Suffolk Food Hall

The Cookhouse is hidden under the Orwell Bridge in Wherstead, near Ipswich. Part-funded by the East of England Development Agency grant, The Cookhouse is the brainchild of cousins Oliver and Robert Paul, who launched Suffolk Food Hall, the original farm diversification project on the site, in May 2007. One of my Father’s colleagues had told him about it and having never been before we decided to go for brunch on Saturday morning.

Tummy’s rumbling we arrived at the “in-the-middle-of-nowhere” restaurant at around 10am. It’s a huge venue – an impressive space, with two big barn buildings – one being the farm shop and the other is The Cookhouse. With it’s own butchery, bakery, fishmongers, delicatessen, greengrocers and even chocolatier you definitely couldn’t accuse anything of being missing! 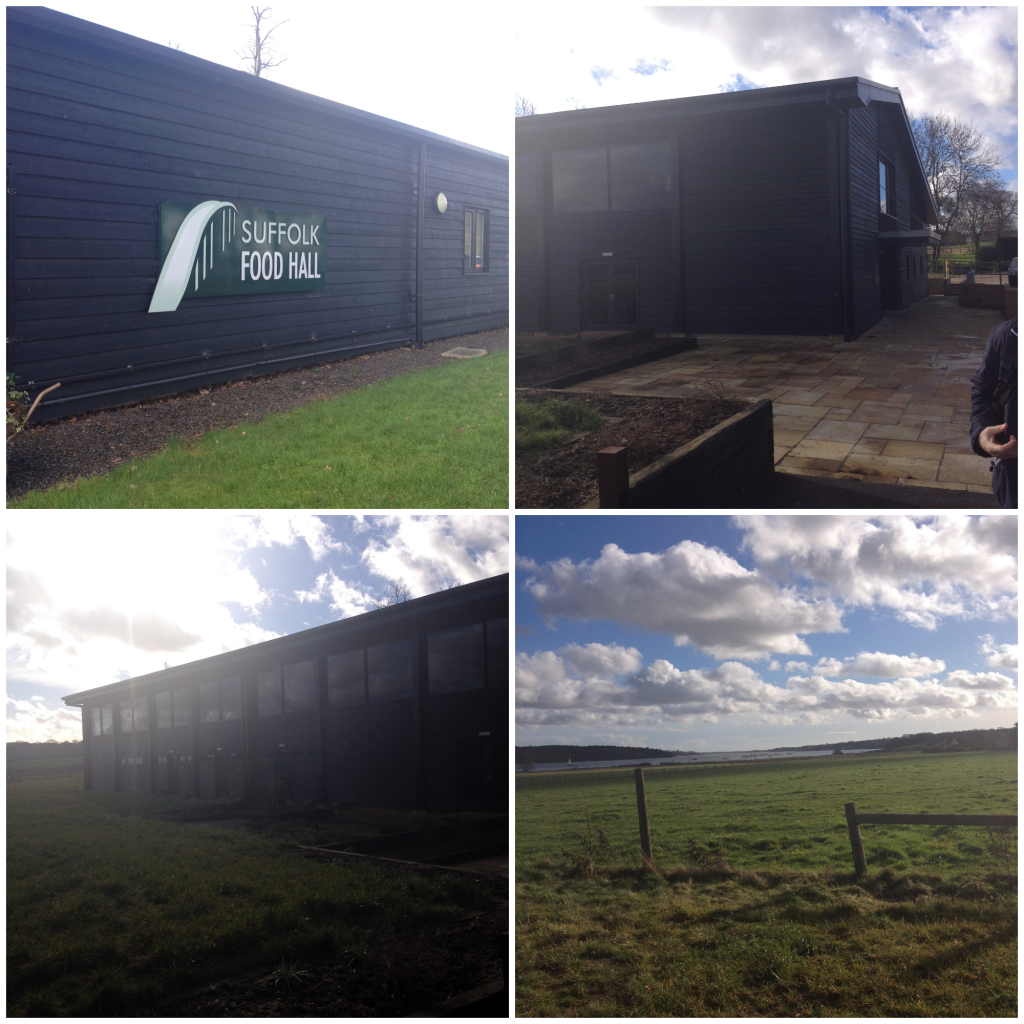 The Cookhouse Restaurant specialises in traditional British cuisine with a contemporary twist. Focusing on seasonal recipes, it is a unique place to eat of have a drink whilst enjoying stunning view down the River Orwell through the huge windows. The Cookhouse building also includes several function rooms, a cookery school and a series of commercial artisan kitchens.

We were each presented with a large menu which offered several breakfast, brunch and light lunch options. As per, I chose the Eggs Royale – can’t beat some smoked salmon goodness to kickstart the weekend. Served on freshly toasted English muffins, layers of pink salmon sat beneath runny poached eggs smothered in a hollandaise sauce.

My step-mum chose the Eggs Benedict, which was served with Bacon and looked equally delicious. Dad went for the Full-English which was rather on the large side (as any full-english should be, no?). The black pudding was so tasty 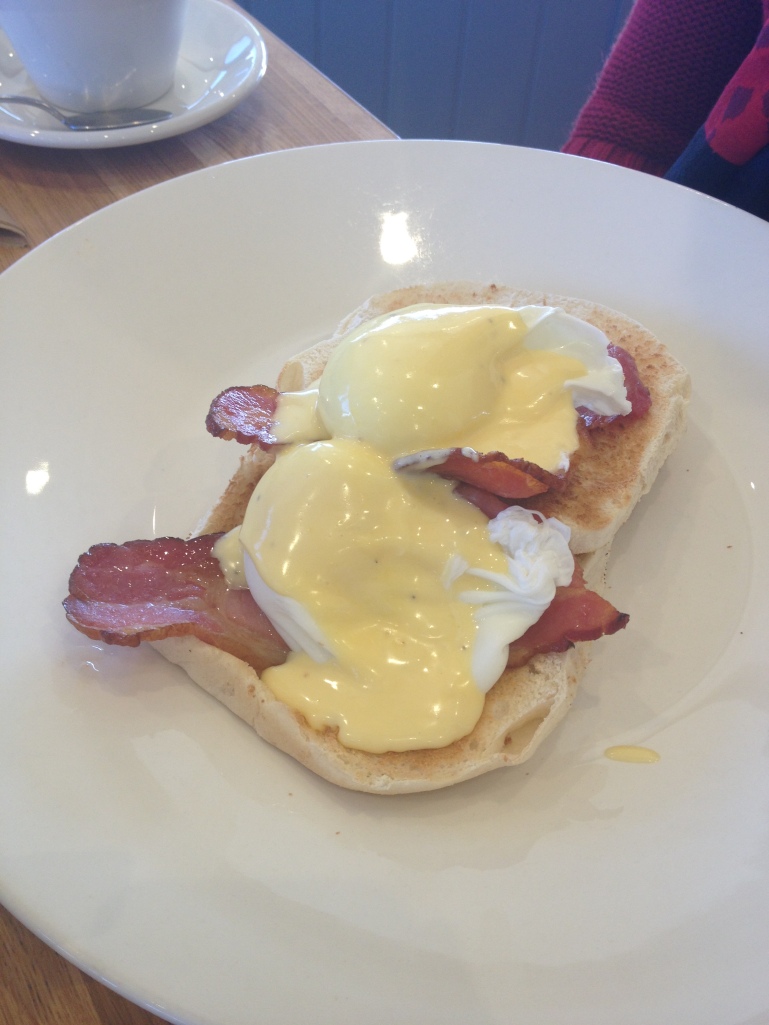 After we’d wondered around the farm shop (it’s a good idea to do so when you’ve just eaten otherwise you’ll want to buy everything!!) we jumped back in the car and headed out to the coast for a walk along the seaside.

Nestled between the River Orwell and River Deben, Felixstowe is a popular seaside town. The town gives its name to the nearby Port of Felixstowe, which is the largest container port in the United Kingdom. Parking the car in the town centre we made our way down to the seafront to start burning off some of the brunch calories!

It was a very windy day! So windy that I had to result to wearing Dad’s Munster Rugby hat to keep my hair at bay – see selfie below ;-). Despite the wind it was a lovely fresh day, glorious sunshine!

My brother had kindly given me a Spa Day voucher for my Birthday and Christmas last year which I decided to reimburse whilst I was home. Mainly because the spa’s outside of London let you get way more for your money! I booked in for a Two hour Discover Experience at Ufford Park which included a 2 hour spa session and any 30 minute treatment for £39, which is great value I think!

After a super relaxing back and shoulder massage, I hit the jacuzzi, steam room and sauna for the ultimate chill out. Before snuggling into my fluffy towel rope and drinking a cup of Earl Grey by the pool.

For Sunday lunch, Mother and I whizzed down the road for 5 minutes to arrive at The White Lion Inn, in Lower Ufford. With a cosy interior and a serious homely feel to it, this is a country pub like no other. Real ales are available straight from the cask as well as a small menu of home made and locally sourced foods. Neither of us could resist ordering the Fish & Chips (£9.85), cooked in their own beer batter and served with fresh chunky tartar sauce. Arriving at the table we both had the same surprised reaction to the huge portion for less than £10!

The fish was giant and took over the whole plate! Accompanied with large chunky chips, a rocket salad, slice of lemon and tartar sauce it was divine. We wolfed down as much as we could until it had defeated us and we could eat no more.

I caught the train back to London just before 6 having had a super relaxing time back at home. I can’t wait to go back again soon ❤