Sushi is known for being expensive. This is usually down to the price of quality fish, the variety of fish served and the skill involved in making sushi. Now compared to the fine dining of Sticks ‘n’ Sushi and the true authenticity of Nambu-Tei the following review is nothing. But if the best value sushi in town is what you’re after, then keep reading…

For £14.99 per person you are entitled to 3 rounds of unlimited sushi. There is even hot japanese dishes available, such as golden fried tempura prawns, spicy baby squid, dumplings and grilled black cod. The options are endless with the only limitation being that you can only order one round of sashimi per person. Still sounds like a pretty sweet deal doesn’t it?

We visited in a party of six people which was a great idea because it gave us the opportunity to share as many different dishes as possible. The dishes are brought to the table as soon as they are ready, with the majority of the hot food arriving first, it could be assumed that all the sushi rolls are prepared fresh.

We kicked things off with a selection of dumplings, prawn toasts, edamame, chicken teriyaki, tempura seafood and veg as well as the Sushi Cafe’s infamous ‘octopus balls’.

Correctly known as takoyaki, octopus balls are made up of a wheat flour-based batter, filled with minced octopus. It doesn’t sound that appealing but it’s a tasty bite, flavoured with takoyaki sauce (similar to Worcestershire sauce) and mayonnaise.

I didn’t go to the effort of photographing everything that came to the table as there really was loads! Platters of sushi rolls followed, including salmon, tuna, cucumber and uramaki (inside-out rolls) filled with avocado, crispy salmon skin, spicy tuna and even salmon nigiri. 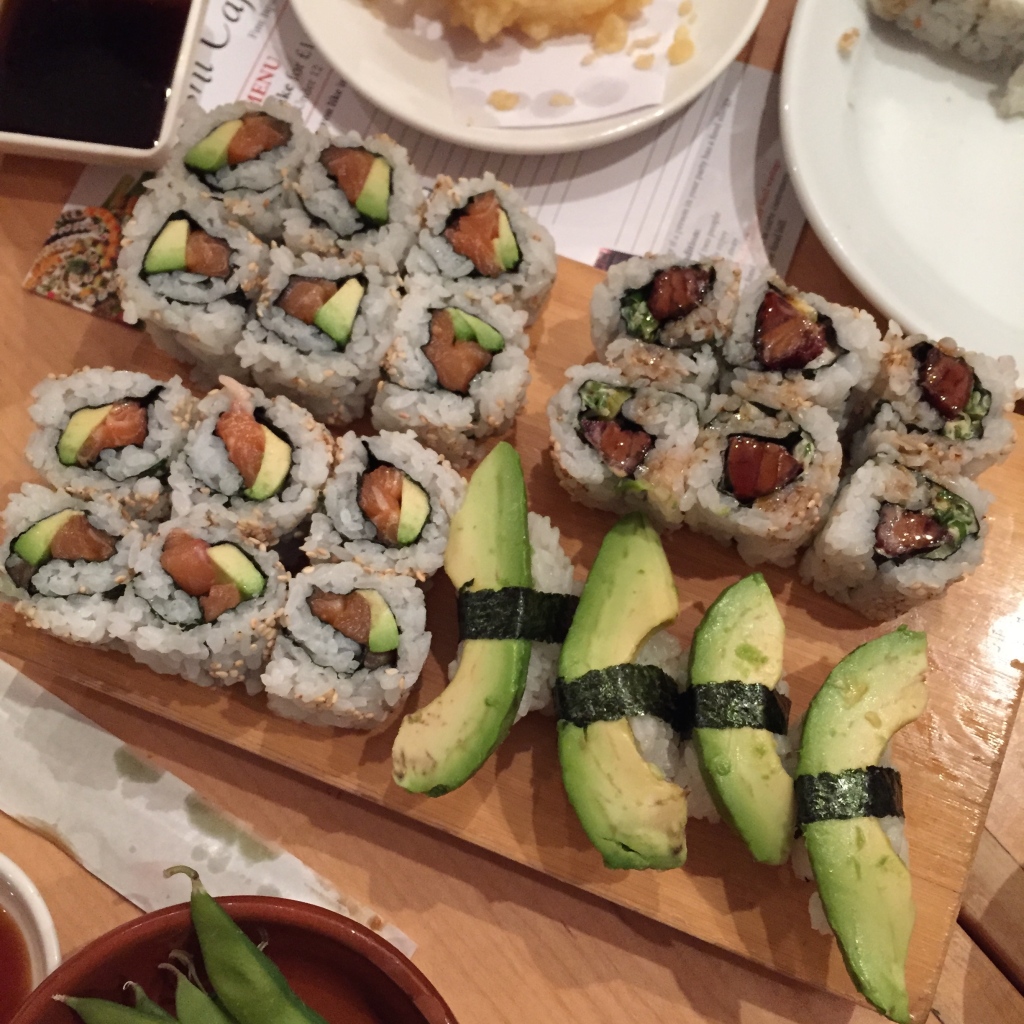 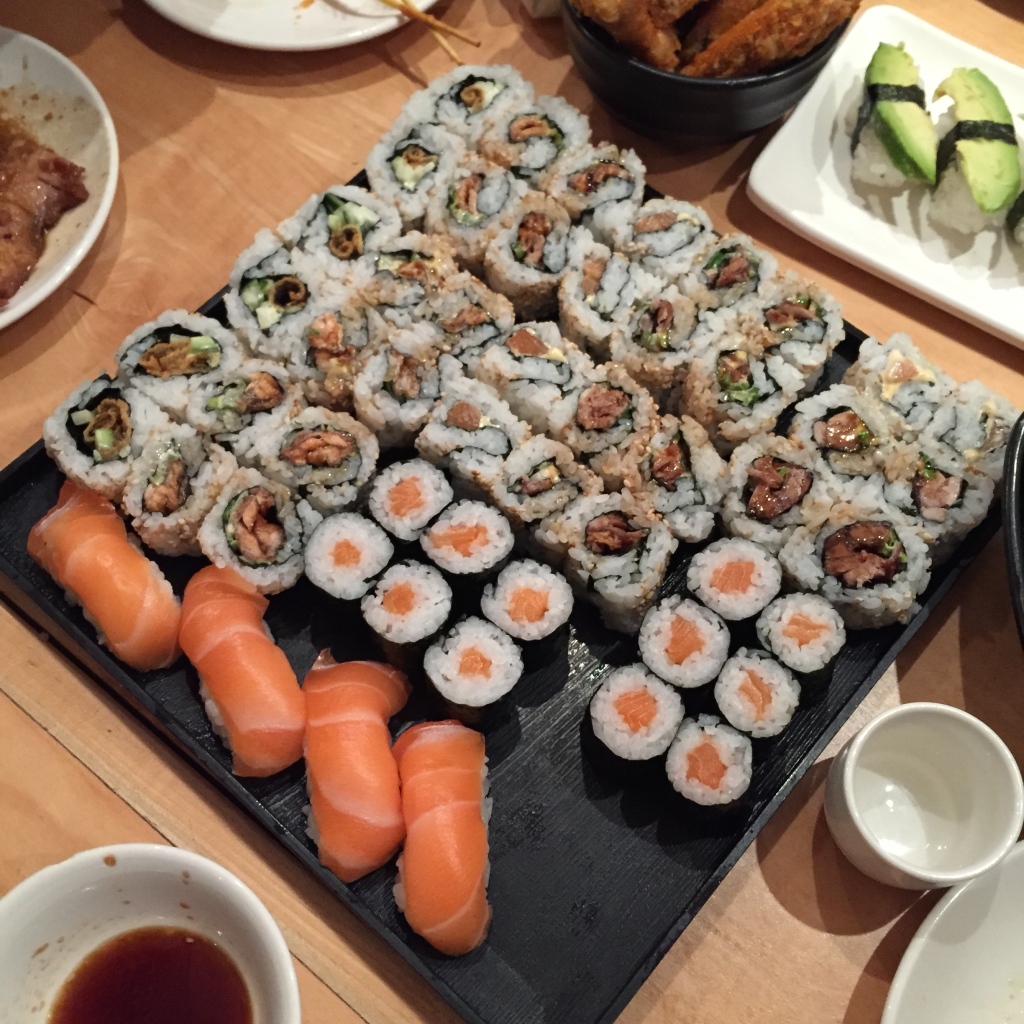 The meal was seriously good for the price we paid, some dishes were better than others. I would definitely recommend going for more sushi than hot food, as the majority of it was pretty generic and average quality. All six of us had a really enjoyable evening, laughing as we received the super long bill tallying up just over £100. It was a real bargain!