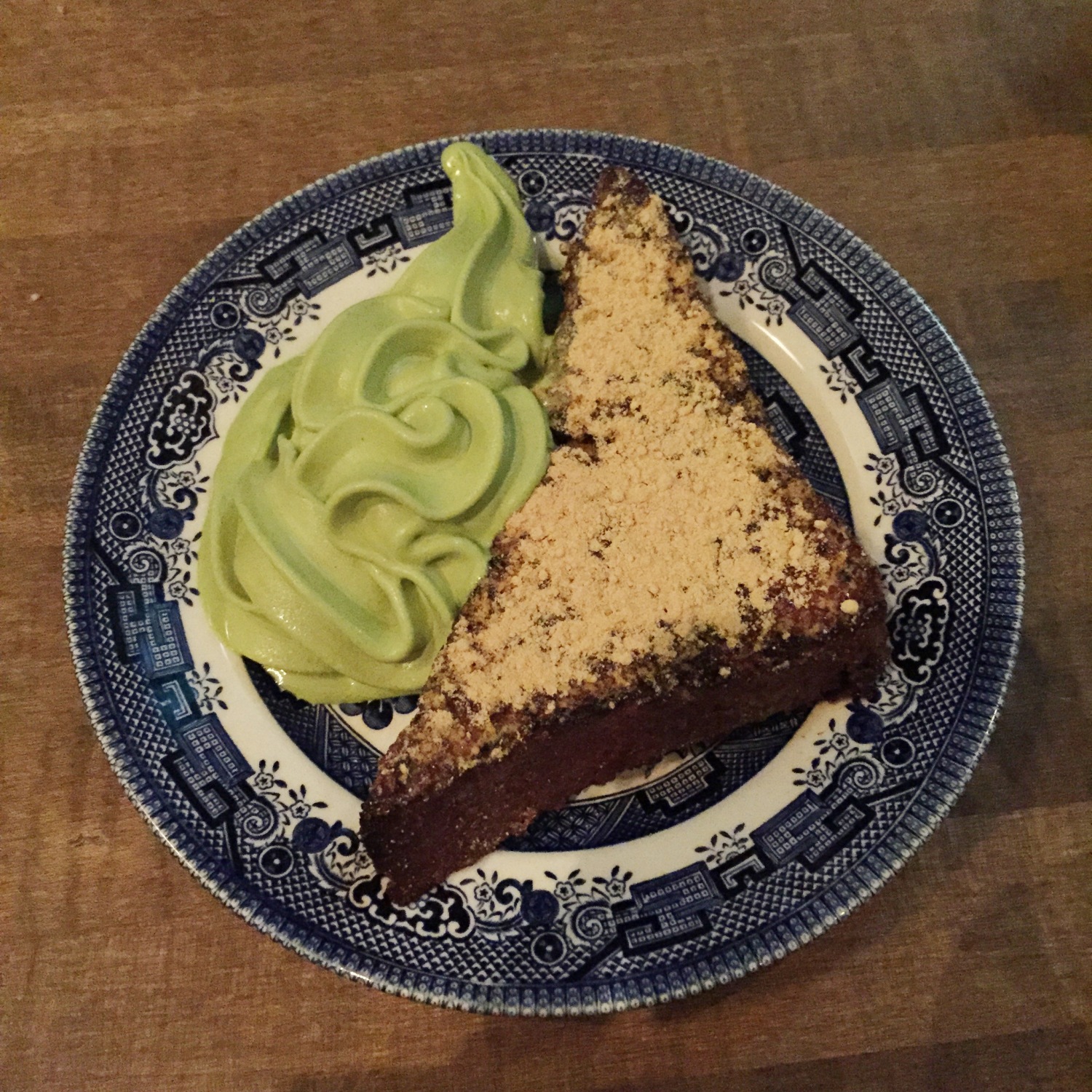 Shackfuyu is the first pop-up restaurant from Bone Daddies. The menu revolves around the restaurant’s pizza oven, with dishes influenced by Japan following suit from their other joints; Bone Daddies Ramen Bar and Flesh & Buns. Unlike their permanent locations, you are unable to book at Shackfuyu which is why we arrived bang on 6pm for an early supper last Friday.

We kicked things off with a drink, I went for the Bone Daddies Punch and my dining partner chose a Asahi beer. The punch was made up of gold & dark rum, fresh passionfruit and pineapple served short, with lots of ice and a Maraschino cherry.

Our waitress recommended we order 3-4 dishes each depending on how hungry we were. Food is brought to the table as soon as it’s ready which makes sense except when you’re super hungry and the first thing sat on the table on it’s own for 5 minutes is a bowl of green beans! Luckily the beans were SO good. Served cold, in a ponzu sauce, sprinkled with black and white toasted sesame seeds. Ponzu sauce is made up of soy sauce, mirin, dashi and japanese ponzu which is the citrus juice of sudachi, yuzu, kabosu and vinegar. It’s a very refreshing flavour and served well as a coating for the green beans. 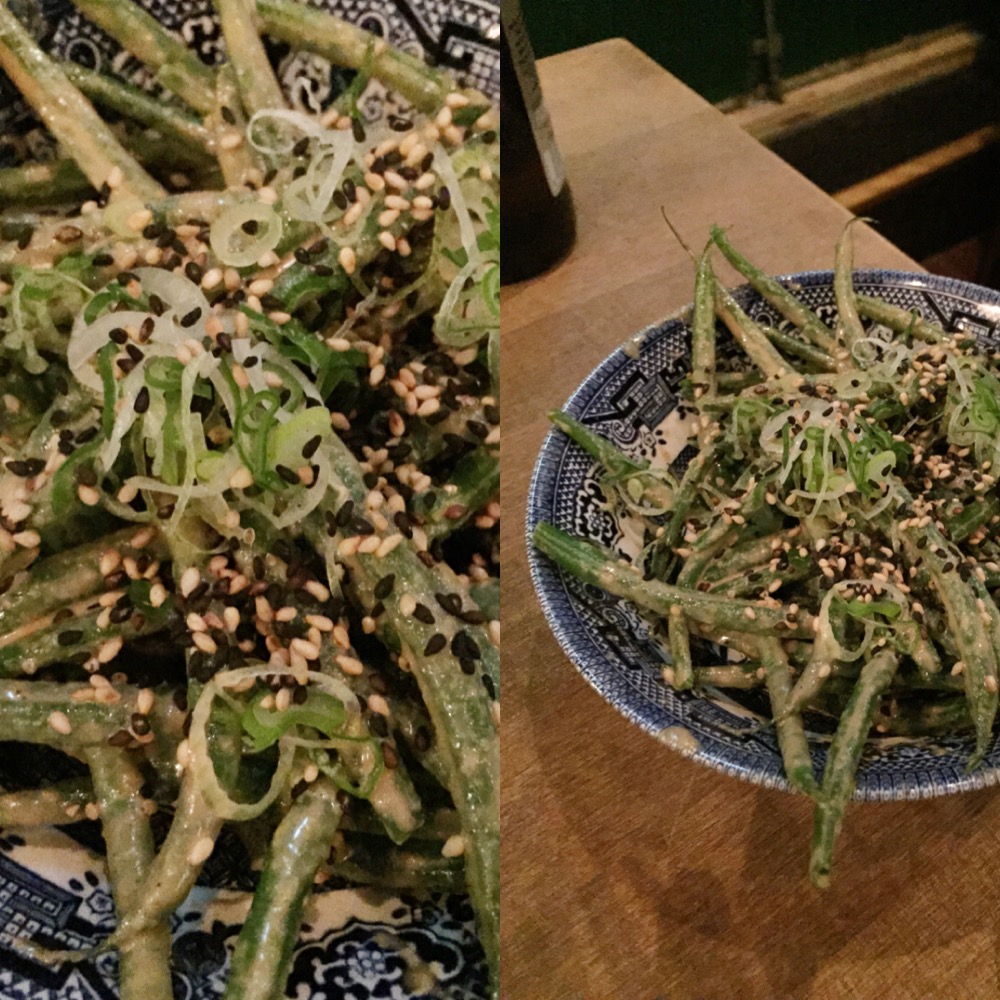 Next to arrive, was a portion of mac & cheese with bacon and ‘cock scratchings’. As a stand alone dish it was pretty boring and underwhelming, and that’s coming from a mac & cheese fan! Although paired with the beef picanha (keep reading!) it was a decent accompaniment.

A bowl of korean fried chicken wings were the perfect sweet, sticky and spicy finger food whilst we waited for the main event.

My favourite dish of the evening was the USDA beef picanha (aka, the main event). Picanha is a cut of beef popular in Brazil. It’s not as well known here, but tends to be referred to as the rump cover or rump cap. Beautifully cooked in the pizza oven, carved thinly and combined with kimchee tar butter, pickles and spring onion. It was the most vibrant dish on the table and in my opinion a ‘must-order’ at Shackfuyu.

Another favourite was Shackfuyu’s unconventional prawn toast ‘masquerading’ as okonomiyaki, which is a type of Japanese savoury pancake. On top of the okonomiyaki stood a layer of prawns, drizzled with some deliciously sweet sauces and katsuobushi which is a type of dried, fermented and smoked skipjack tuna. The dish was made up of so many different components that I felt I needed to eat the whole thing at once to really experience the true flavours as so many other dishes on the table overpowered it.

I absolutely love miso glazed aubergine so when I saw it on the menu I had to order it. The aubergine with 4 miso was decorated with bubu arare (Japanese crackers made from glutinous rice and flavored with soy sauce) and nori (dried seaweed). It was an incredibly heavy dish and more to my liking than my dining partner. If you’re a fan of sweet and savoury flavours together then give it a try.

We’d intentionally left room for dessert knowing that one of the most instagrammed dishes in London right now was on offer. So a portion of kinako french toast with two spoons headed our way. The slice of toast had a crispy crust and custardy centre, complemented with matcha soft serve ice cream, it was unusual and delicious. 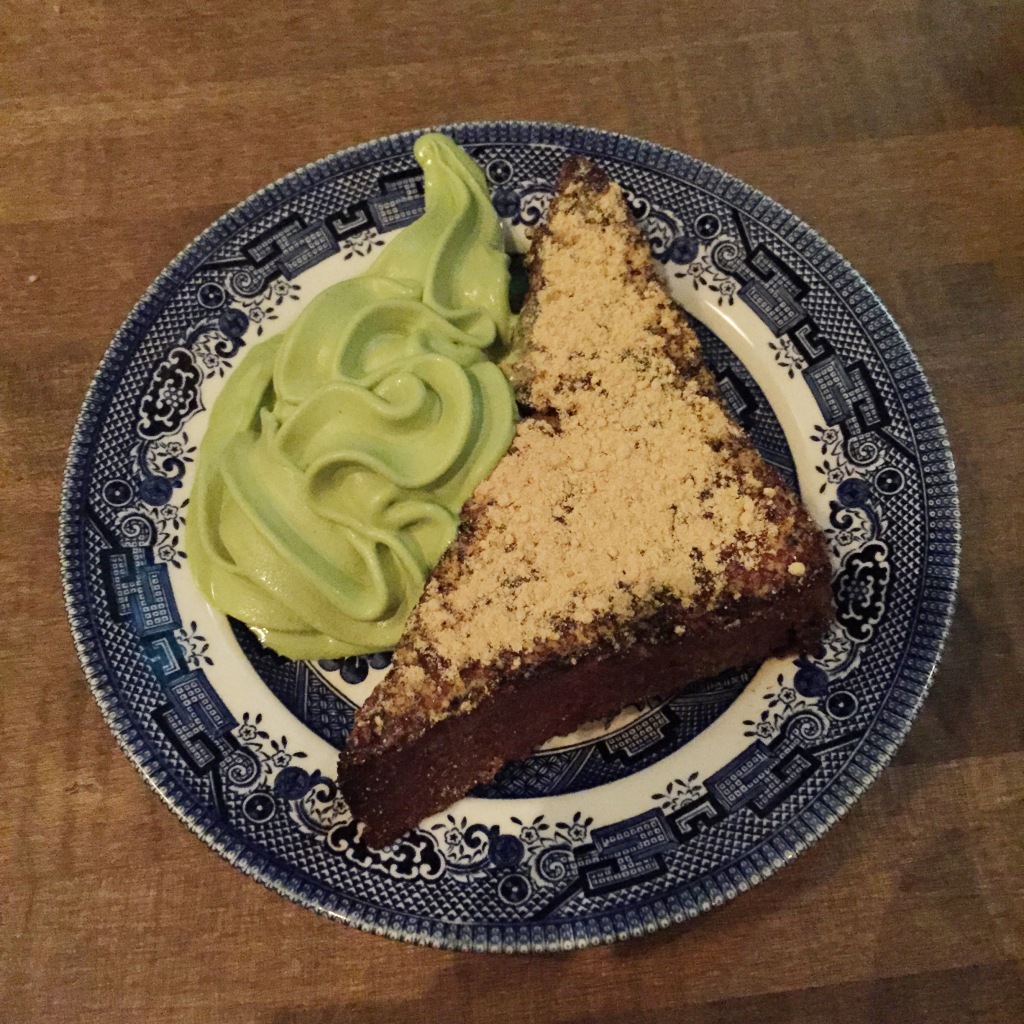 For me Shackfuyu was one to tick off the wish list of new openings. It was enjoyable but I think I’d go back to sister restaurant Flesh & Buns before Shackfuyu again anytime.